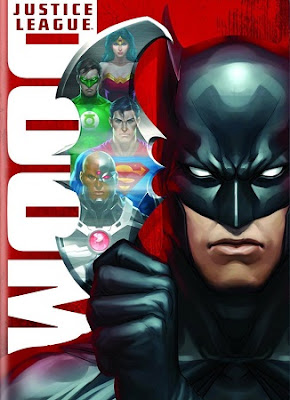 While the most popular superhero team last year was The Avengers, DC's own superhero squad didn't want to be over-looked. They were, but without a big silver-screen film then what can you expect? But overlooked or not, they did come out with Justice League: Doom which was based on a original comic book story-line 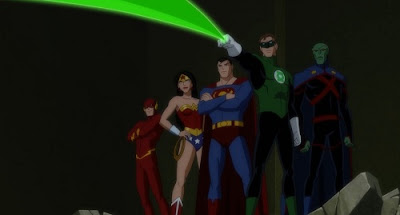 The movie starts with the Justice League already fullly formed and up to the task. When Batman returns home after a successful mission, the super-villain Mirror Master gets into his computer and takes some data back with him. 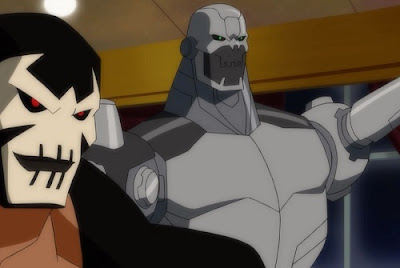 They discover that Batman had crafted plans to neutralize every Justice League member in-case they turned evil for whatever reason. Mirror Master was working for the immortal Vandal Savage who wants the Justice League destroyed so they can't interfere with his new plan to change the world.  So he gathers the Justice League's most formidable foes to take down the super-heroes one by one. 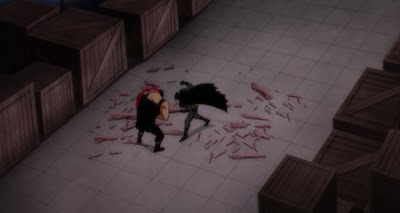 While I thought the movie was entertaining and enjoyable, I can't help to feel that the plans the villains use were pretty obvious. Like using kryptonite to defeat Superman. Even Jimmy Olsen knew that one! Another beef is a problem I've always had with the Justice League. Which is their imbalance of powers as Superman and Batman should have an abyss of difference of strength on paper. Regardless Justice League: Doom should please DC fans, and is a decent comic book animated feature.
Posted by Adam at 12:02 AM

I had no idea this existed. Looks sort of cool though.

haha. There should be a movie called, "The Avengers VS Justice League". LOL. :))))) But yeah, I think ever since the avengers, these original super hero team was forgotten. :/

I gave up comic reading a couple of years ago, it is really addictive !