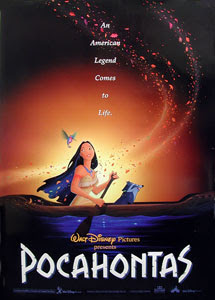 During the 90's I missed a lot of Disney material. I honestly forget why I chose not to see a lot of TV shows and films (even when given the chance) that became so iconic. Pocahontas was one of them, and when I saw it on Netflix Instant I decided that I wouldn't delay my viewing of it by yet another 17 years. 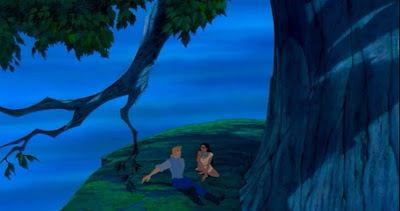 I think one of the reasons why I wanted to see Pocahontas above some other unseen Disney films, is that it's actually based on history. Pocahontas was a very memorable woman as an important icon to Native America, the United States, and Britain as well. The film basically retells her encounter with John Smith, who was an English explorer who met her in present-day Virginia. 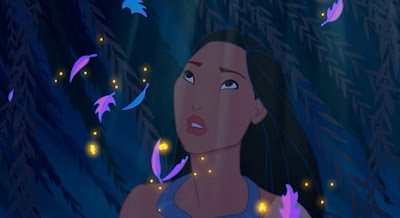 Except it's far more dramatized and very fictional. Especially for two people who probably had no romantic relationship at all. But hey, that's not exciting for a movie is it? I also find it ironic that Native American spiritualism is a heavy theme to the plot as Pocahontas in real life converted to Christianity. 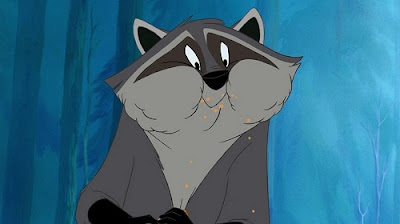 Despite gross historical errors, I really did like Disney's take on Pocahontas. It's has fantastic musical scenes, and will be a movie that will last generations. I regret missing out when I was seven back in 1995.
Posted by Adam at 9:00 AM

Yeah enjoyed it when I watched it a while ago too. Beats that The New World take on it, one of the worst movies ever.

I loved the sweet little coon in the film. Always love the animal characters

I've yet to see Pocahontas. Been meaning to, though.

One of the few famous Disney movies I have not seen yet. Nice picture impressions.

I really enjoyed this Disney film. :)

It´s a great film , I liked when I saw it.I didn´t realize all the facts you mentiones such as that of Pocahontas´christianity...Kisses:)