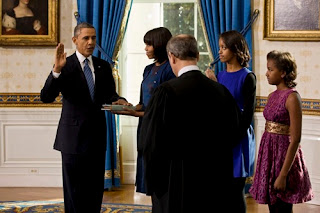 So Sunday was the official start of Barack Obama's 2nd term as President of the United States.  Since the date fell on Sunday, they had 2 inaugural ceremonies. The official one took place on Sunday in a private ceremony, while the huge public event took place on Monday. 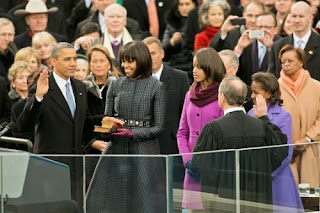 Like most if not all 2nd inaugurations, it's not as exciting the second time around. But I was impressed by the President's speech at the event. One of the main criticisms projected towards President Obama by liberals, is that he really did play it "safe" his first term. It seemed like Obama and the Democratic Party as a whole were too scared to reverse the trends of the Bush presidency and back to the Clinton era. One popular statement by Democrats is that politics are like driving; it's D to go forward and R to go backwards. But for (especially the last 2 years of a Tea Party House of Reps.) the most part it seems like we were in park. 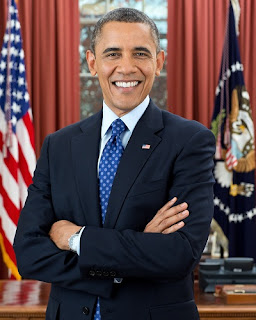 But he did mention advancing equal rights to the LGBT community (the first for a president currently in office), and I was shocked to see him boldly address the problem of climate change. I'm hoping this new term means progress for America, because without an election to win (president can't take 3rd terms) the President doesn't have to worry as much. Hopefully we can get back to standards set by former president Bill Clinton in four short years.
Posted by Adam at 2:00 PM

There was more focus on Michelle's "new do" than his speech.

I wish him well in his second term. He sure is criticized mercilessly in the press - they seem to forget that the economy was already a mess when he took office and things aren't going to get fixed overnight.

and it's gotten better every year since he took office.

i think he a great president

adam, what did you think of people complaining that beyonce may have been lip syncing? like who gives a rat's. i mean really.

I don't really care if she was or not either. She's a just a singer.