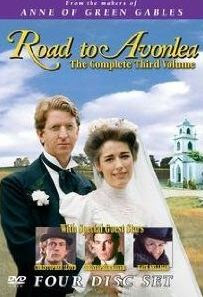 Many months back, my girlfriend Daisy introduced me into the Road to Avonlea series. It's related to Anne of Green Gables, and features many of the actors from the 1980's mini-series. Daisy and I love the first two seasons, and sure enough we had to watch the third. 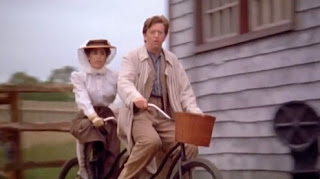 The season picks up shortly after the 2nd ends. The first episode is a big start as Olivia King finally marries Jasper Dale. Though her sister Hetty King decides to run her wedding her own way despite the wishes of the bride and groom. 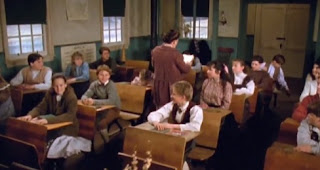 More great episodes include one where Hetty King resigns from teaching and an actor takes the role and teaches children great history lessons. Another one involved Sarah Stanley meeting a mean poor girl who looks just like her and they decided to switch places. Another favorite was when Sarah's aunt Janet rebels against old-fashioned thought, and fights for equal rights for women including the right to vote. 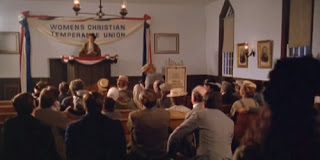 I have to say that I really enjoyed the third season of Road to Avonlea. Like the first two seasons, it had great episode after great episode. Out of all the three I've watched, I can't really pick a favorite. I hope the fourth season is even better.
Posted by Adam at 11:59 PM

But this is not the original, I prefer the eighties series!I remember I loved it!

I don't think we have had that series down here as yet..if we did, I missed it.

I've never even watched anything with Anne of Green Gables. ._.

Hmm? Can't say I've heard of this series. I now have Netflix...maybe I can catch it there?

you can get it on a disc, but they're sadly not on instant

i hope you like the next season too. they were all such fun to me.