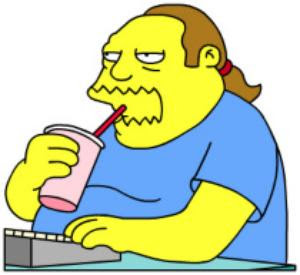 Comic Book Guy is one of the most iconic characters on The Simpsons. He runs the local comic book shop, and nobody knows his real name until many years later. Jeff Albertson is his real name or so he says. 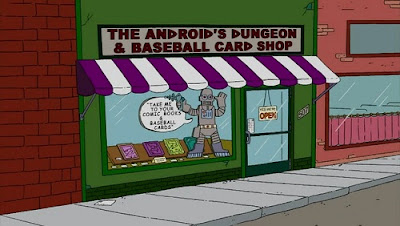 I always liked the Android's Dungeon on the show. If you look closely, you can see Bender from Futurama. 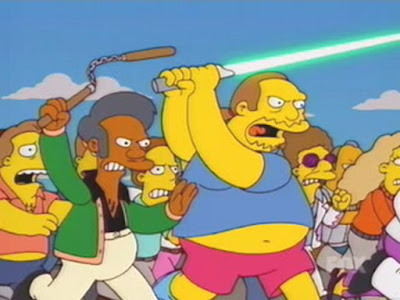 I guess what makes his character so great is that he's the epitome of all things nerd. Making nerds cool before Big Bang Theory. 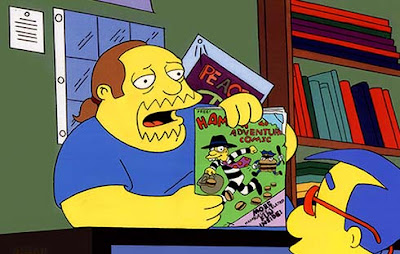 I do like his first episode where he tortures Bart, Milhouse, and Martin with the ultra-rare Radioactive Man comic. And then later episodes where he tries to peddle really bad comics. Worst Comics Ever. 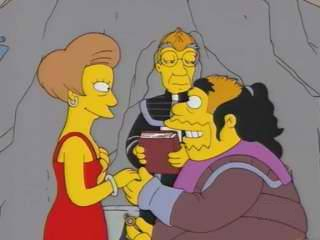 Though him dating Agnes Skinner or almost marrying Edna Krabappel was pretty weird.
Posted by Adam at 10:30 PM

He is extreme expertise with huge ego and no self awareness of social skills, like so many of us, Lol
Aloha

Love everything about THe Simpsons, and love Comic Book guy.:)

simpsons is one of the most epic cartoon ever made