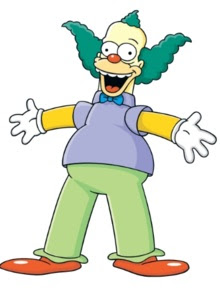 Krusty the clown is one of the most popular TV show hosts in Springfield on The Simpsons. But behind the smile, lies a sweet but bitter man. 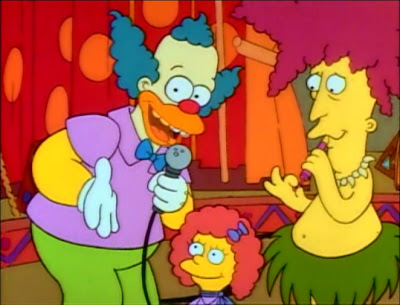 His complex personality is exposed pretty early on after Sideshow Bob frames him for a crime. Then you get to see him without costume, and talking in a more pitiful tone. 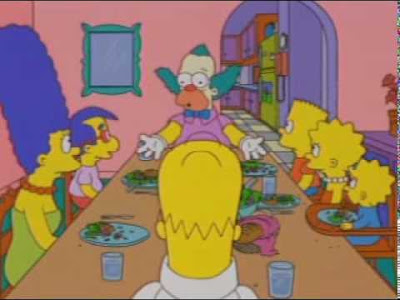 But after he visits the Simpson family (Bart exposes Sideshow Bob which got Krusty out of jail), you get to see his more grim side. 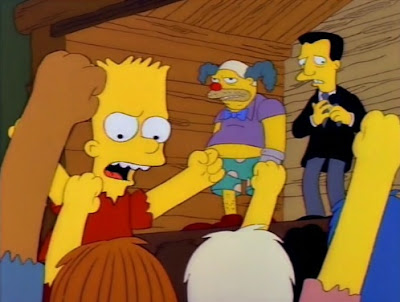 One of them being that he let almost any merchandise being attached to his name. Like the worst summer camp in the world. I love that episode. "Yeah Bart! I'm so Kruncy the clown".

I also liked the episode where fakes his demise, and takes up the sea life as Rory B. Bellows. 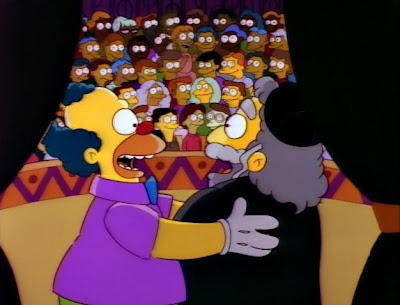 I also loved the episode where Bart reunites him with his strict Rabbi father who once disowned him for being a clown.

And the episode where Homer becomes one of Krusty's apprentices of sorts. Then accidentally gets confronted by Fat Tony who thinks he's the real Krusty.
Posted by Adam at 4:00 PM

I wonder how many real clowns have split personalities.

Ahhh this is an awesome post! I love Krusty the Klown!

Heehee...Love Krusty. That episode with Fat Tony was too funny, esp the little bike part:P

well i dont watch that show but im kinda familiar with that
anyways is this a new segment?