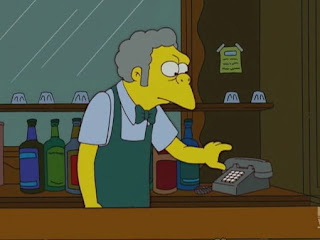 Moe Szyslak is the local bartender of his own bar Moe's on The Simpsons. 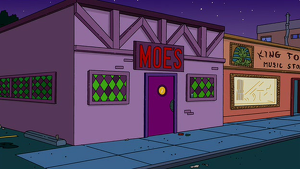 You got to imagine how many hours of air-time Homer's been in there. 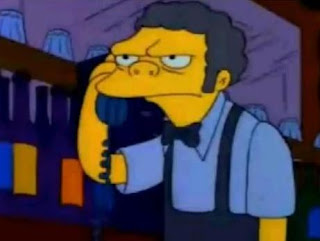 One of my favorite parts is when Bart would call him with a false name that would sound funny when spoken. 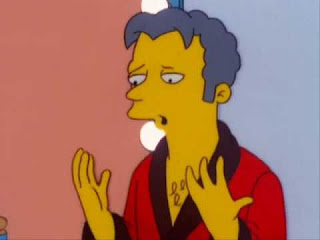 He did have some decent later episodes. I liked when he got surgery to transform his face. And then he and Homer ruined his new soap-opera career. 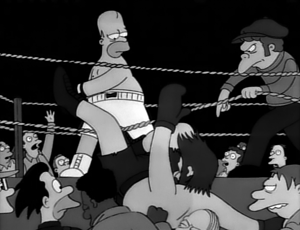 And that classic episode where coached Homer in his boxing career. And had to save him after he set him up a match against the heavy-weight champion of the world.
Posted by Adam at 9:23 PM

Yeah, Moe's a funny dude and a good sport. It was good of you to spotlight him. He rarely gets the attention he deserves.

I didn't really watch the Simpson's growing up and now that I'm older I don't really see the appeal.

Those false names he got from Bart were hilarious!