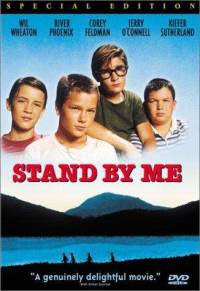 A few years ago my mom told me to go watch Stand By Me. She loved the movie when she was younger, and I later found out it was actually based on a Stephen King novel. One of the couple movies that don't make that fact apparent. Another one being The Green Mile. 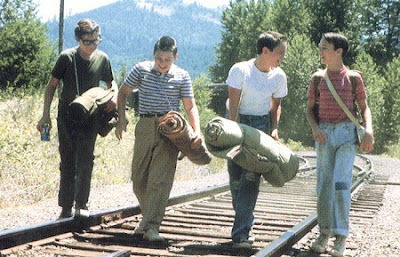 The story sets off with four friends who go out on an adventure due to a dare. They do it mainly for the chance to become local heroes. 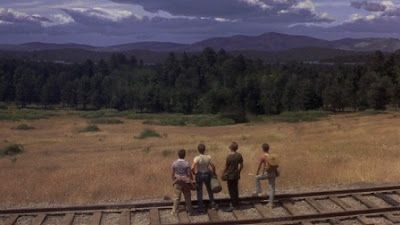 But instead their small journey allows each kid of the group to grow up in his own way. 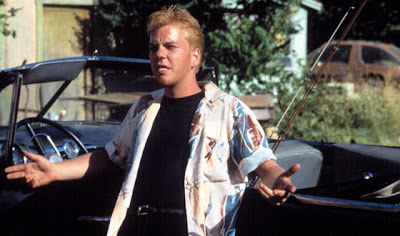 I've never read the novel it's based on, so I can't say how they compare. But I hear it's pretty faithful, and just shows how great King is on variety. His name is usually synonymous with horror movies, but true fans know why his work is different and better than stuff like Friday the 13th or Scream.
Posted by Adam at 6:00 PM

I saw this like 2 years ago for the first time and was surprised that it was was a "King" story as well as being good. I read the story it was from when I was going through my Stephen King faze lol it was in his collection of short stories "Different Seasons". The Shawshank Redemption was also in that book.

This is a great movie. And so is The Green Mile. Love them both!

I used to love watching this movie growing up. Seeing the younger kids go on an adventure without adults, and fighting against the older teens was like strangely inspiring or something.

I love The Green Mile. I've seen it so many times!

I actually watched both movies, they are really good ~


Aloha -
Please enjoy a Free Peak at my Hawaii Novel!
Aloha Where You Like Go?

I've read the novella upon which this is based. It's called "The Body" and, like the movie, it is fantastic. 'The Green Mile' was likewise a great movie.
Part of what appealed to me is that, since I lived in Maine (and not very far from where Stephen King grew up), I recognized a LOT of what he was talking about in the book. 'Stand By Me' also reminds me a lot of my own childhood.
Great, great movie.

This is one of my favorite movies of all-time

oh this movie so reminds me of my brother. i can't tell you how many times i've seen it while it played in the background. he even had the soundtrack.

wasn't the book called, "the body"?