Mario's nemesis Bowser may have been left out of the original Smash Bros., but he finally made an appearance in Super Smash Bros. Melee. 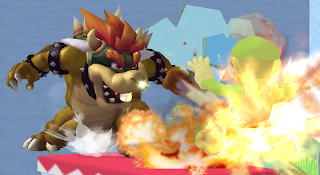 I really liked using Bowser too, and one of reasons why is because it was neat to finally have a character that wasn't a hero. His power and moves are pretty good, but his speed can be very sluggish. 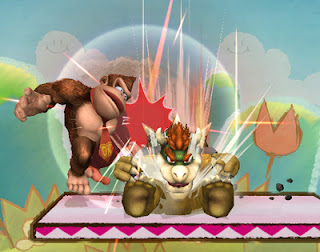 I didn't use him that much in Brawl though. Especially after they got rid of his claw attack. 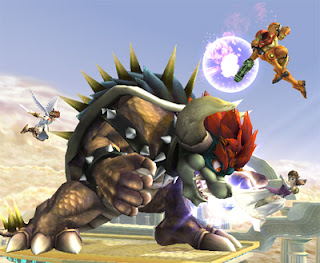 I loved his Final Smash as Giga Bowser. He's as mean as he looks. 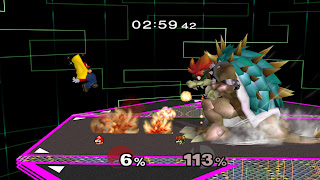 And I really liked that because Giga Bowser first appeared as a boss challenge in Super Smash Bros. Melee. It was awesome to finally get to control him.
Posted by Adam at 6:00 PM

Yeah he was fun to use and beat on too.

probably one of the most famous villain in gaming hostory

I just started playing the original again with some friends and had forgotten that he wasn't a character until melee.