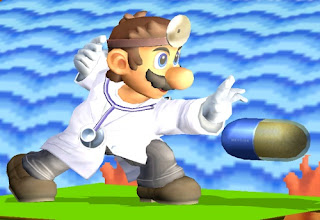 While Dr. Mario and Mario are one in the same, this version of Mario was a separate playable character in Super Smash Bros. Melee. I guess he was a fast way for them to increase the character count. 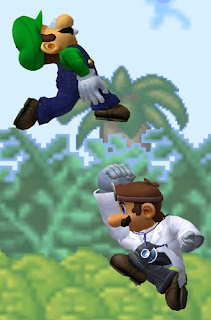 He wasn't bad I guess, but his moves are basically the same as regular Mario. 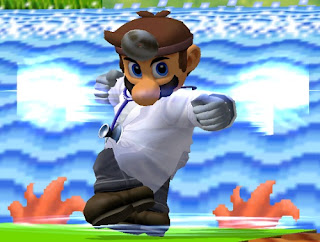 We can all see why he was left out of Super Smash Bros. Brawl.
Posted by Adam at 11:30 PM

I had a friend who preferred him to regular Mario, and I never understood why. To me they seemed to be exactly the same.