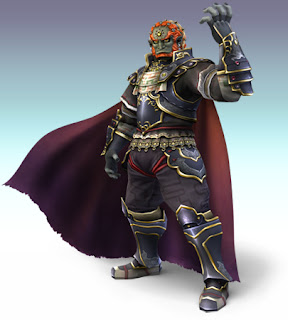 Since Ganondorf first appeared (he'd previously only had been shown in his monster form) in 1998, I guess it was no surprise he was left of the original Super Smash Bros. a year later. But in 2001, he made his first major appearance in Melee. 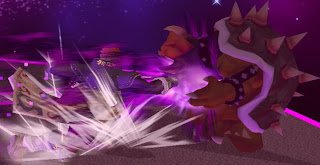 I was a bit sad to see him basically be a heavy but stronger clone of Captain Falcon. 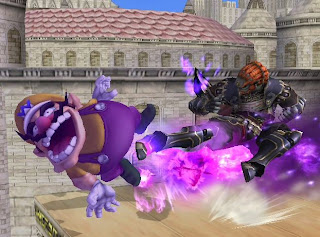 Though I did use him quite a bit. I guess out of all the "clone" characters he was one of the most unique. 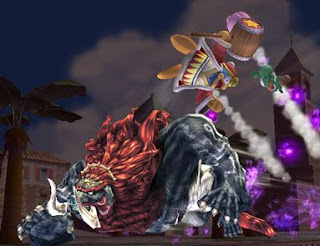 I like his Final Smash in Brawl. Though I wished it was his Ocarina of Time Ganon form versus his Twilight Princess incarnation. That one was much cooler.
Posted by Adam at 4:00 PM

He was always fun to beat on

he seems a pretty dark character