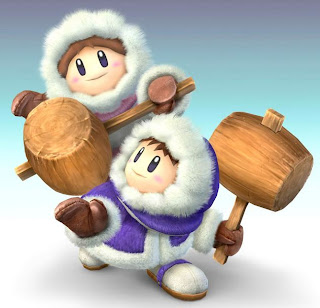 The Ice Climber twins may have starred in one obscure NES game, but they managed to make an apparence in the Super Smash Bros. series with the 2nd game Melee. They were the first characters in Melee they made me wonder where they from. 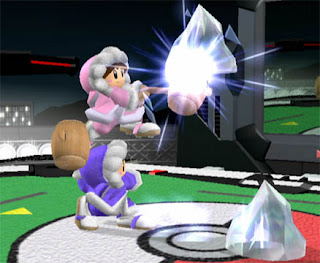 I did like using them in Melee. They were a good team, and the ice powers were nice. 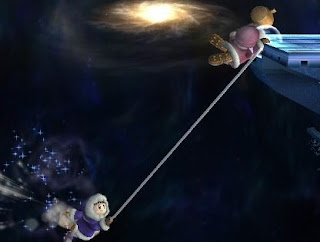 Though with two playable characters can get a little confusing in the heat of battle. The brother Popo can survive if his sister Nana falls of the stage. 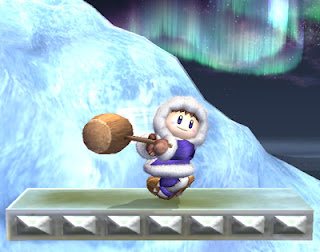 And it's kinda awkward to fight as a solo Ice Climber. 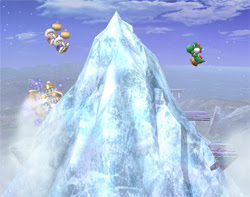 Their Final Smash in Brawl was alright. It was flashy, but not very powerful.
Posted by Adam at 9:01 PM

How cute they are looking

The Ice Climbers are adorable...

they were really cute
and two characters as one huh

Their ability to recover from falls was always amazing.