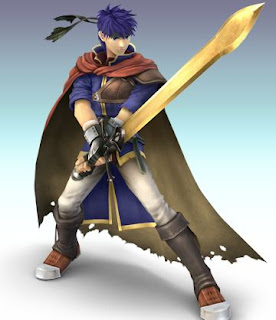 Ike made his big debut with Fire Emblem: Path of Radiance, so it wasn't a shocker that he was included in the cast of Super Smash Bros. Brawl. Basically replacing Roy as the alternate Fire Emblem character. 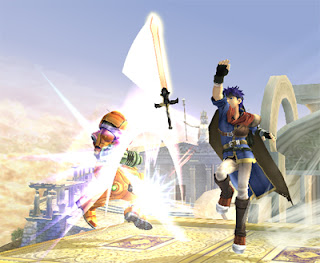 Honestly Ike was much different that Marth which is good in a way. But I really missed Roy, and I guess I never really care for Ike as a result. 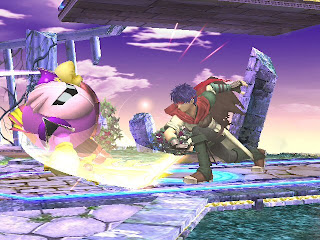 But his moves were rather awkward, and his heavy weight never impressed me either. 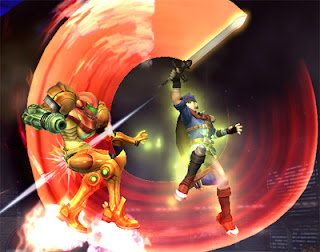 His Final Smash was basically just a super-enhance version of one of his regular moves, so I barely remember using it.
Posted by Adam at 9:36 PM