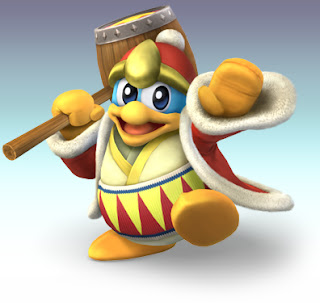 King Dedede was Kirby's main nemesis but it was rather odd that he got left out of the Melee. Espeically considered the guy behind the series was the creator of Kirby. He did make it in finally with Brawl. 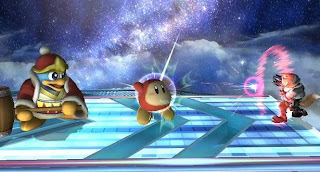 I have to say that along with Kirby, he does play very similar to how he is in the games. I recognized most of his moves easily, and knew what they could do. 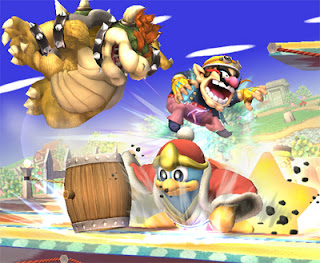 And just like Bowser, it was pretty rad to get to play as him. Rather than fight another boss battle against them. 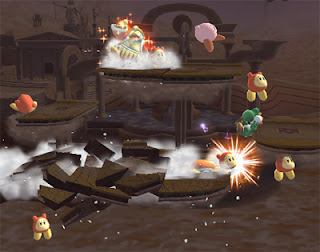 His final smash the Waddle Dee Army was pretty lame.
Posted by Adam at 5:00 PM

Technically he was in the background in a melee stage

^And I think he also made a cameo in a background in the original Smash Bros, too

I know that Dedede was slated to be put in the original Smash Bros, and then Smash Bros Melee, but time/technical restraints made him get the axe both times.

one of the funniest villain