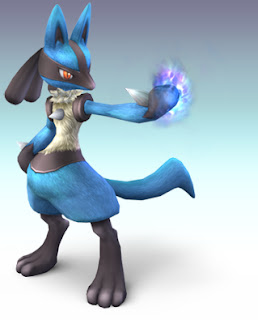 Lucario might of been a new pokemon, but his huge popularity in Japan got him into Super Smash Bros. Brawl. Which is something I didn't mind, except he replaced Mewtwo as a result. 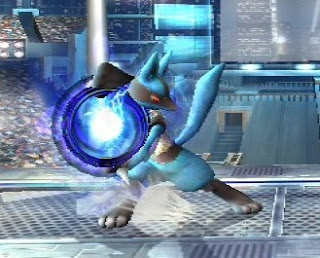 Though he shared some of Mewtwo's better moves. I was happy to see the big orb back into Brawl. 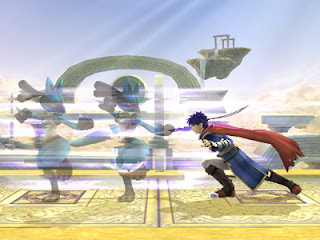 Though Lucario was a lot of different than Mewtwo with other moves. He wasn't a bad character, but I still miss Mewtwo. I didn't even remember Lucario in Pokemon Diamond or Pokemon Pearl. 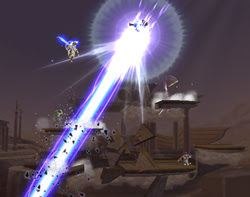 His final smash was a big laser beam, however it's weaker and slower than you'd expect. Also not terribly hard to avoid either.
Posted by Adam at 7:00 PM

I would have preferred Mewtwo over Lucario :< Maybe in the next one they could rework Mewtwo in? They'd be kinda clones, but they could make them different enough to work ie: Mario and Luigi; Captain Falcon and Ganondorf; Link and Young/Toon/Whatever Link; etc.

he was as cool as mew two