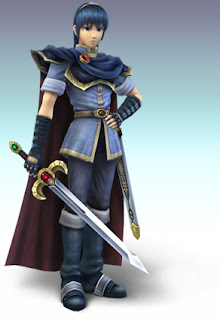 Marth first appeared as a hidden character in Super Smash Bros. Melee. For Americans, Marth was a total surprise  As Fire Emblem was a Japanese-only series at the time. Nintendo had once considered keeping Marth (and Roy) out of the American version of Melee. Instead their popularity led Nintendo to give Fire Emblem a chance in America, and it worked. 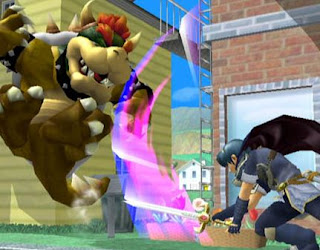 I loved Marth in Melee. While I liked using Link, Marth did have the edge in sword-play. He was a favorite for advanced-players as he had a lot of room to improve in skill. 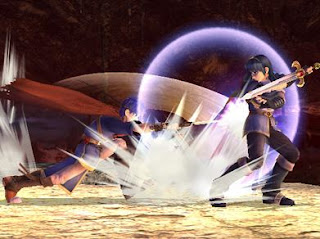 I didn't use him that much in Brawl. I guess he wasn't that different, but I missed that Roy got left out. 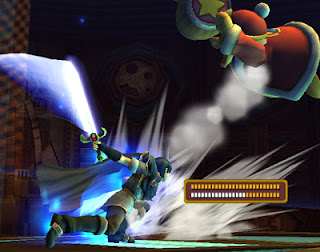 His Final Smash, Critical Hit was the strongest attack in the series. Except it will usually only gain you one KO which is rather lame.
Posted by Adam at 10:45 PM

Latest: Dine in the Garden