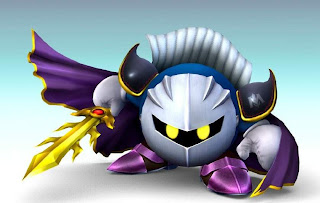 Meta Knight was Kirby's main rival/ally in the Kirby series, and he showed up in the third Super Smash Bros game with Brawl. 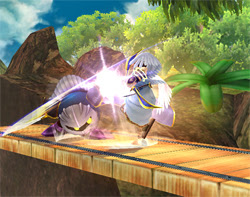 Like all the characters from the Kirby series, Meta Knight does play a lot like he does in the games. Though it was rare to control Meta Knight in a Kirby game. Even in a special mode after the main game was over. 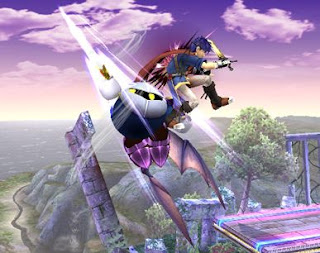 I liked Meta Knight, but I didn't use him too terribly much. I like Kirby and King Dedede way better in Brawl. 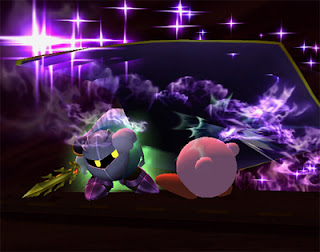 His final smash Galaxia Darkness was decent, but had very limited range. And could really only target a single player, so it wasn't the greatest power to have.
Posted by Adam at 11:43 PM

Hi, Adam I have nominated your blog for the Liebster Award! Congratulations! You deserve it. You can check the details on my blog.