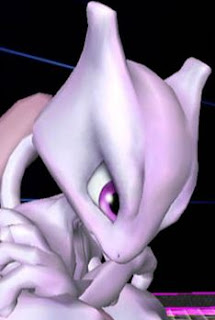 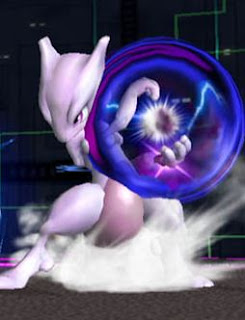 I really liked Mewtwo, even though the big shadow ball here is a big copy of Samus' main attack. But when it's the best move, who can complain? I also liked Mewtwo's physical strength and the ability to dodge with the teleport move. 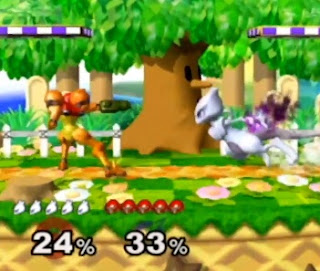 It's a shame that Mewtwo was kicked out of Brawl in favor of Lucario. I always thought that was a bit of a bad move. I doubt Mewtwo will appear in the 4th game set to be on WiiU and 3DS.
Posted by Adam at 9:38 PM

One of my fav. pokemon !

he's one of the coolest pokemon