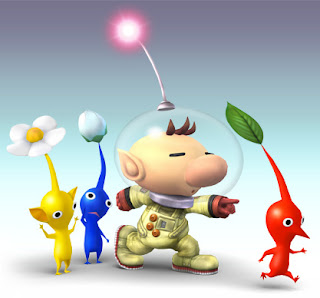 Captain Olimar is the star of the Pikmin series, and despite having just two somewhat successful Gamecube games, he did appear in the third Super Smash Bros game in Brawl. 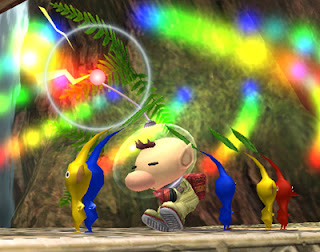 I always liked the uniqueness of Olimar and the Pikmin, even before Brawl. I was glad to see him and his tiny helpers make the cast. 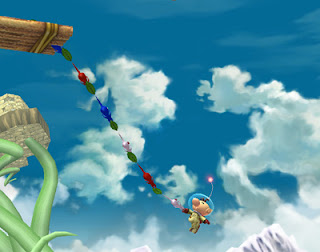 Though in the end, Olimar wasn't the greatest character. His moves were decent if he had all his Pikmin, however if some were lost then he was rather weak. And it was harder for him to recover from being smashed across the stage. 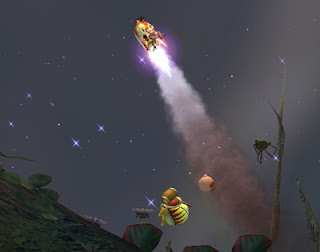 His final smash End of Day was neat, but his spaceship does makes a rather soft landing. One of the weakest Final Smashes in my opinion.
Posted by Adam at 11:30 PM

so far this was the weirdest character you showed