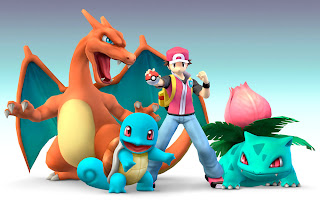 The original Pokemon Trainer may be known as Ash Ketchum in the cartoon, and Red in the actual games, but he made a pretty awesome appearance in Super Smash Bros. Brawl. He didn't fight exactly, but you could control 3 different characters with Squirtle, Ivysaur, and Charizard. 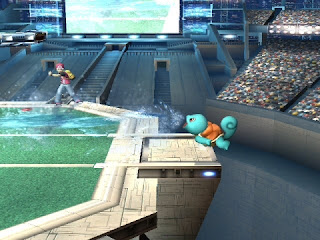 Squirtle was my favorite, as he is my favorite pokemon. Quick and swift which was great in the middle of a match. 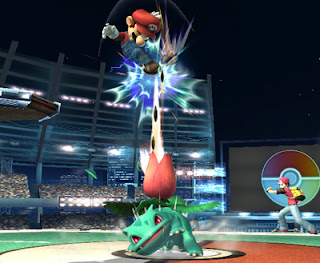 Ivysaur was decent, but the weakest of the three in my opinion. 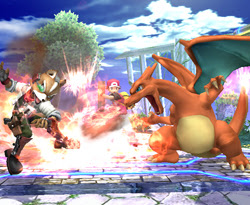 Charizard was pretty awesome, though he was a bit slow and hard to maneuver at times. But a force not to take lightly. 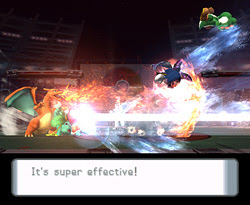 Their final smash was awesome. All their best moves from the series in a triple attack? Incredible!
Posted by Adam at 9:32 PM

ahahaha i do that with my bf too -- whenever we're on an escalator or i'm on a step... although i'm still shorter than him even then.

well that's would be my character!
haha i so love pokemon!