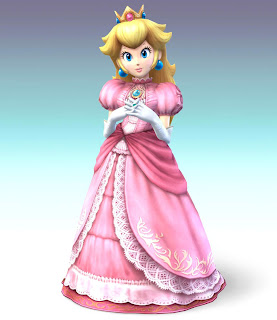 Princess Peach may of been captured by Bowser a billion times, but she made an appearance in the Super Smash Bros series for the first time in Melee.

Except she really was one of the weakest characters in the series with both Melee and Brawl. I liked how her moves were mostly based on her role in Super Mario Bros. 2. 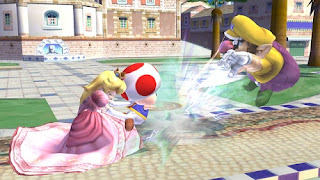 Though they weren't powerful enough. I only used Peach to embarrass another player or to handicap my skill to a newbie. 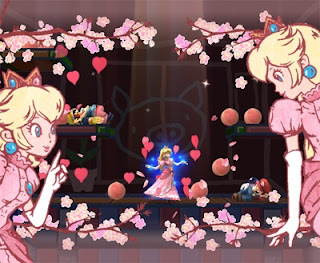 Her Final Smash was the lamest by far. She gets minor healing items and everyone else falls asleep...
Posted by Adam at 11:05 PM

I was the bomb at using Peach in Melee and the short time I played Brawl. Oh, and if you're carrying a Homerun Bat, her Final Smash can be used for at least one easy kill :>

Easily one of the worst in the game, but still fun to play around with.