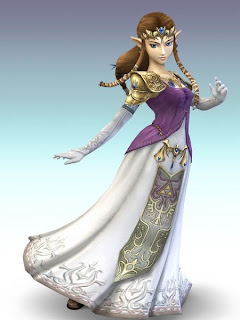 While she has helped Link more than Princess Peach has aided Mario in battle, she too was absent in the original Smash Bros. But Nintendo's favorite Hylian princess made her first appearance in Melee. 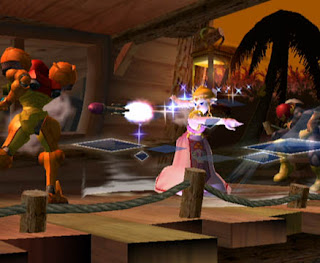 I loved using Zelda as her magic was pretty powerful. Though she's a tad slower, and not very graceful with dodges. 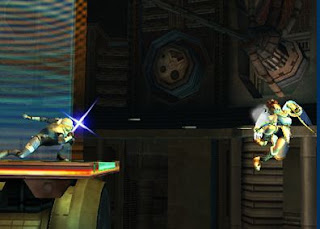 Though she can turn into Sheik which changes the style from magic to swift physical moves. She's also super fast in this form, and I often like to switch in the middle of a match to overwhelm an opponent 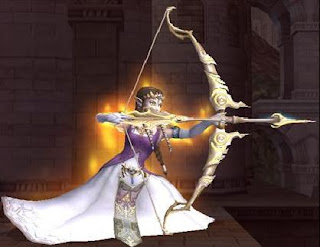 Her Final Smash is one big light arrow. Cool, but super easy to miss...
Posted by Adam at 11:44 PM

I used to use Sheik more than anyone else. Good times.

I heard once that Robin Williams called his sister like this princess because he liked the game very much.Very interesting your post.Kisses:)

girls on bow and arrows are just so cool