Roy was the 2nd surprise character from the Fire Emblem series to appear in Super Smash Bros. Melee. Unlike Marth, even gamers in Japan didn't really know Roy. His first game was Melee, as he was included to boost interest in a Fire Emblem sequel he starred in that would come out soon after. 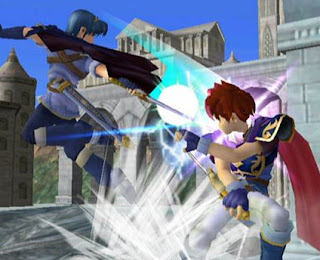 Even though Marth and Roy both wielded swords, they played quite differently. Marth was fast and quick, while Roy was slower but had much more power. I would often pick Roy over Marth given the choice. 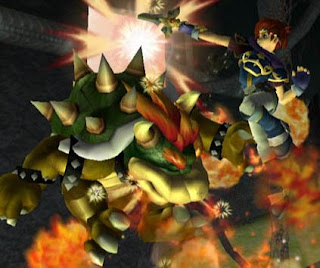 He was one of my favorite characters in Melee, and I was so disappointed to see him left out of Brawl.
Posted by Adam at 1:09 PM

Sorry he didn't make the brawl.

Yeah he was better than marth.