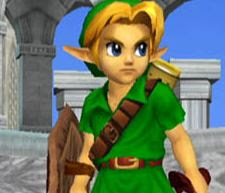 With Ocarina of Time and Majora's Mask being such classic Zelda games, it was no wonder that Link's younger self made an appearance as a playable character in Super Smash Bros. Melee. 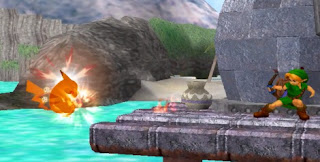 He was pretty much the same as regular Link. Except he was a bit faster, and could shoot fire arrows. But I didn't mind switching back and forth between the two. There wasn't that big of a difference. 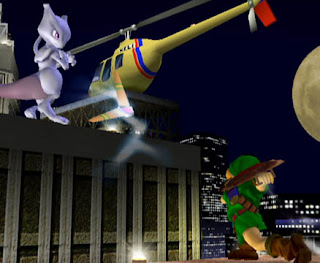 He was one of the Melee characters that got left out of Brawl. Except he is replaced by the Link of Wind Waker so he wasn't truly gone.
Posted by Adam at 9:54 PM

so he's name is link i see