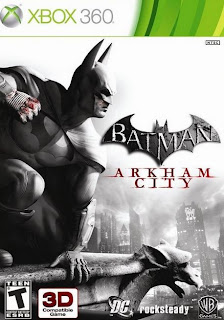 Back in 2011 I played Batman: Arkham Asylum and loved it. But I waited a little while before I got the sequel which came out shortly after I was done with the original. Before Arkham Asylum, Batman games were rarely good, and even fewer were great. But it was the first game where I truly felt I was Batman, and that was awesome. So I was excited to dive into Arkham City.

The game's plot is actually even better this go around. It takes place a little bit after the last game, and involves a new prison center walled up around old sections of Gotham City. Inmates are free to do what they please there as long as they don't try to escape. Bruce Wayne enters local politics in his quest to shut down the new Arkham City. While doing a speech, a private police force captures him, and the mastermind behind the plot is Dr. Hugo Strange. He tells Wayne that he knows he's Batman, and he makes him an inmate of Arkham City as a political prisoner. 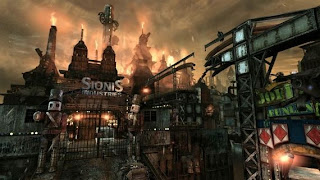 As far as Arkham City, it's much different than the massive Asylum. It really is its own little city, and you can travel freely around its streets and buildings. Which is good and bad in some ways. There's massive secrets and missions packed in the city, however you can easily miss a lot good content without knowing it. I actually prefer the old Asylum in this aspect. 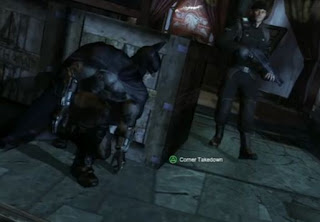 But the combat and gadgets have improved a little bit. Being Batman is basically the same as it was in Asylum, and I liked the few new gadgets. The boss fights are also pretty epic, and my personal favorite was the fight against Mr. Freeze. You also get to play as Catwoman for a few missions, and I ironically thought she was the better character. She didn't have all the fancy gadgets, but she was great with fighting moves and it was much easier to take out guards with stealth tactics. 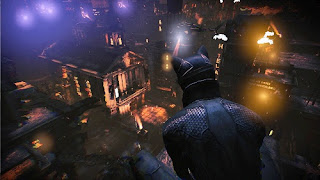 Overall Arkham City is a fine game, and outside the main story there are countless side-missions to enjoy. While I was a bit upset with the plot's ending (no spoilers though), I did enjoy every minute of Arkham City. Between City and Asylum, I have to pick the original game as my favorite. But they're both fantastic games, and quite a pair to add to your collection.

Yeah both are great, liked the both equally I`d say. Only other batman game I enjoyed on this level was batman and robin for the sega genesis.