When Bungie left the Halo series they created, many gamers were utterly shocked by the news. It was easier news to take when they decided to make one last game with Halo: Reach. But I guess I can understand their situation. It would be lame to make the same game over and over. But what have they've been working on since then? Well a new FPS called Destiny. 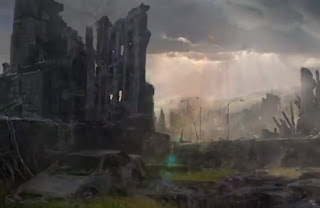 Now Destiny does share some things in common with Halo besides both being in the same genre. The story is apparently about a human world that's being under attack by a army of alien creatures. Except this Earth is much more grim than the one depicted in the Halo series. Mankind has survived a terrible event that almost wiped them out, but the few people left have centralized in one lone city.

Unlike Halo, apparently Bungie is planning for a much different multiplayer experience. Though the details are rather unknown, but apparently players can be joined in together if they're in the same area and/or on the same mission. But Buingie swears this is no MMO like what we've seen on PC. 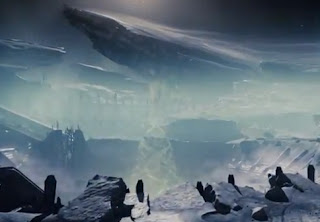 And this is suppose to come out for the Xbox 360, and believe it or not PS3. Bungie left Microsoft, so they are partnering with Activision for Destiny. Sadly Destiny won't come out until at least 2014. But I can't wait to see what's next. Destiny has already gained a fan out of me.
Posted by Adam at 11:31 PM

I'm curious to see how this will turn out. Halo 1 changed everything, maybe Destiny will too.

Always learning new from you.

wow that would be a long wait isnt

Well, if you saw today's unveiling you will know that Destiny's destiny is the PS4. First consoles look as though they will be in stores in time for the Christmas rush.
I rather like the try before you buy idea for games.
With Sony pre-empting Microsoft's XBox 720 which wasn't due to be announced until June - Microsoft are now wondering how they are going to compete with Sony. Already Battlefield 4, Killzone 4 and Destiny are the PS4 lead titles.