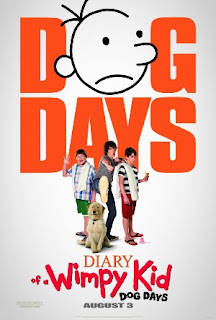 Back in 2011 I believe, Daisy and I watched the original Diary of a Wimpy Kid movie. And then we watched the sequel, and read all the books. Daisy had especially wanted to see the new movie Dog Days last year in theaters, but we eventually waited for it come out on DVD. The movie combines parts of the book The Last Straw with its sequel Dog Days into one story. 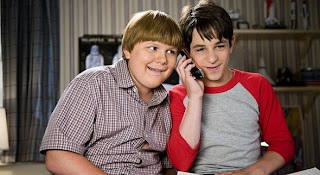 The film starts out with the end of school, and the start of summer vacation. Greg Heffley attempts to get his crush Holly Hills' phone number, and fails. But the pair eventually meet up again after they see her giving tennis lessons at his friend's Rowley's country club. 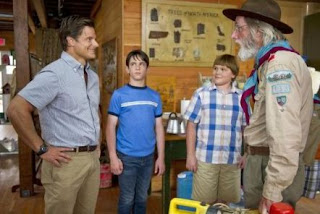 But Greg's dad also tries to spend time with his son on his summer vacation. After banishing all video games, he forces Greg to go camping, but gets angry when Greg constantly gets into trouble. Which makes his dad ponder about sending Greg to strict private school that reformed a local bully that once tormented the household. 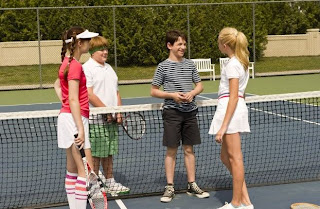 Overall I really liked Dog Days, though I have to say the two books it's based on are much better. But it's goofy-funny enough to please most fans of the series. Though it's unlikely to win-over anyone who wasn't impressed by the two previous installments. With aging actors though, I wasn't shocked to learn that a fourth film probably won't happen.
Posted by Adam at 7:00 PM

My kids love the first movie. Kinda sad that the 4th one won't happen, but the kids are aging, so understandable.:)

My kids have watched this movie , they loved it.

I have not seen the movies, but I have read most of the books, and I loved them!