Fact of the Day: Olympic Continents 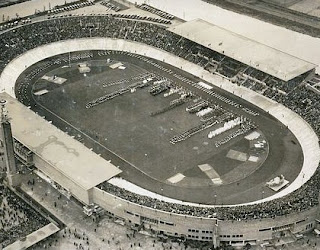 While the modern Olympic games has been hosted in countless countries, it has never hosted either the summer or winter games in South America, Africa, and Antarctica as of 2013. In 2016 the Olympics will add another continent to its legacy as the summer games are to be hosted in Rio de Janeiro, Brazil.
Posted by Adam at 1:00 AM

They need to host some games in Antarctica at least once. I would watch the games if they do.

I trust Brazil will offer a magnificent show, not soon to be forgotten

I am sure Brazil will make it excellent!!! (At least hope it) :)

Anyway, thanks for the interesting fact!!)

Yeah I doubt Antarctica will ever get a fair shake, but with global warming who knows

Antarctica would fascinate me more than any other place :)

I too would be interested in Olympics in Antarctica. I do believe Brazil's opening and closing ceremonies will be stunning. What is sad is that we'll blink and it will be 2016; time seems to go by so fast these days!

Really excited for the Brazil ceremony!!! The Brazilians know how to partayyyy!

The samba dance will grace it.