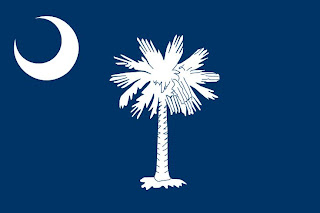 Nothing much happens here in my home state of South Carolina, but one story that made a big splash in local news involves the school board for Pickens County.  Even though they have no control over the schools in my area, they are only two small counties to the west. The school board was using student-led Christian prayers to begin each meeting, until the Freedom From Religion Foundation sent them an objection to it. 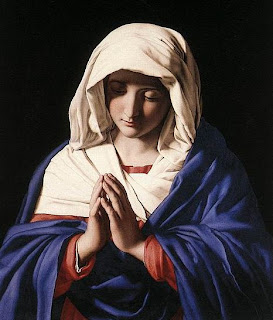 Even though we have a separation of church and state, it's debatable where exactly does the wall separate government and religion. Since school board members are elected officials, it's unconstitutional for them to express or endorse a religion while performing their duties. So they used student-led Christian prayer to dodge the issue for a long time, but they voted 3-2 the other day to make the public prayer unbiased. 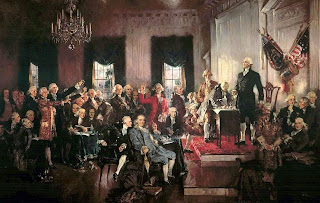 Though to be truly unbiased they should of changed the policy to a moment of silence. It gives everyone a chance to pray if they want, and doesn't express or enforce any kind of belief. But I guess it's better than a Christian prayer that ignores all beliefs in the minority. Most of the founding fathers were deists, and were very tolerant of other faiths. One of the reasons why the Constitution mentions God, Jesus, or Christianity a grand total of zero times. 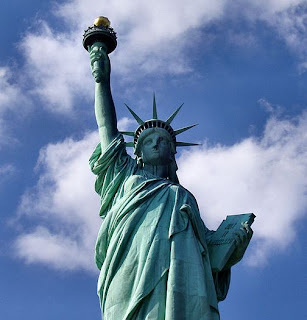 But after reading some comments local people made on the news stories, it makes me shake my head in shame. Some residents are hoping that schools not only "let God back in" but force students to believe in Jesus. As Christopher Hitchens once said “How dismal it is to see present day Americans yearning for the very orthodoxy that their country was founded to escape.”  Hopefully America will remain a secular democracy, and not a Christian theocracy.
Posted by Adam at 4:37 PM

Ain't life grand livin' in the bible belt? I'm your neighbor in North Cackalacky and I'm amazed at some of the things these folks do.

I have to say Jesus would not want anyone to be forced to believe in him; he's a gentleman, he goes where he is wanted and leaves when he is asked to.

Very interesting post! I believe that religion is a private matter, and I don't believe it should be forced on anyone, anywhere. I do like your idea of a moment of silence. Very smart.

prayers must be done full heatedly and by choice