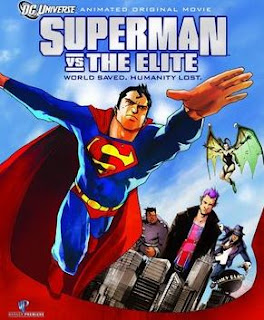 As most of my readers know, I've been watching a lot of DC comics stuff lately. I'm not as much a fan of Superman as I am Batman, but I'll give the Man of Steel a shot if it looks promising. I had my doubts about Superman vs. The Elite since I never heard of the villains, but I was really surprised.

The movie starts off with Superman enjoying his everyday life. But one day the Atomic Skull breaks out and wreaks havoc on the streets. Superman defeats the evil mastermind, and calls it a day. However while at a meeting between United Nations members, a war erupts during it. Superman goes to the battlefield personally, and meets a strange cast of so-called heroes who help the Man of Steel. 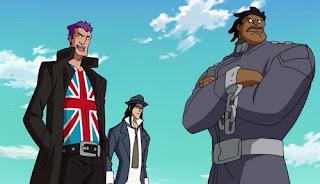 They call themselves The Elite, and they don't see eye-to-eye with Superman on ethics. The Elite believe all villains and criminals should be dealt with severely, while Superman believes the death of any person isn't necessary and that there's good in virtually all humans. The Elite gain favor in the eye of the public, but that doesn't stop Superman from trying to stop them. This tension causes The Elite to take on Superman in an epic battle the whole world watches. 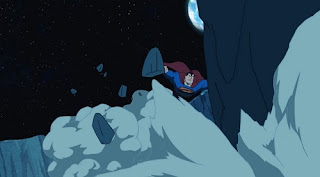 While The Elite may not be the most extraordinary cast of antagonists, I did really enjoy the film. It's got a decent plot, and the theme is heavily influenced by 21st century politics concerning warfare. Though I suspect supporters of the War in Iraq aren't going to be fond of that or Superman's opinion. Out of all the Superman animated films I've seen, this is by far the best.
Posted by Adam at 7:01 PM

Good to know, as all the superman films I've seen were always meh. So may give this one a go.

I've always ignored these when they've come out, maybe I'll check this one out though.

I recently purchased this and gave it a watch and was blown away. The animation is incredible and the voice casting was excellent. Easily one of the best Superman animated flicks.