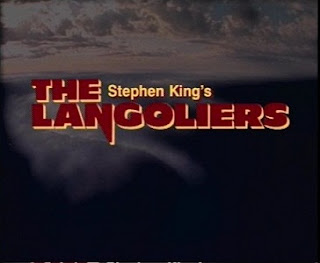 I honestly never heard of the 1995 TV Mini-Series (which is a two-part movie) until I saw it on Netflix Instant. I like Stephen King's work, but I had no idea what to expect. But I do like the unique premise. 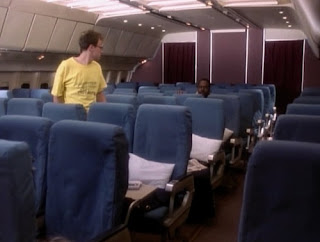 The Langoliers is about a plane going from the west coast to Boston. During the flight a blind girl wakes up and screams when she touches a wig lying in a seat. A pilot who took a seat as a passenger is awakened by her screech and goes to see what's wrong. What they discover is that most of the people on the plane are gone, except a very select few. 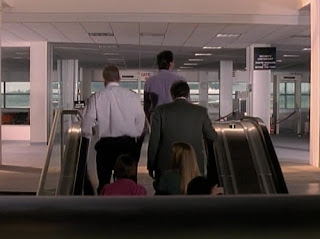 The group of survivors figure out that everyone on the plane has disappeared and something very strange is going on. They suspect the only reason why they're alive is because they were all asleep at the time. They manage to land the plane in Maine, but they discover there's nobody on the ground either. Even non-living stuff like food has no taste, and matches refuse to light up. 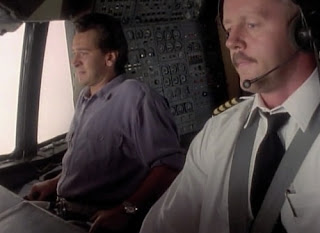 The Langoliers "movie" is quite a strange one. I like the premise, but it does move rather slow, and some of the plot just doesn't make sense. I hear the original work is better, but this adaption is rather weak. I guess you could say I enjoyed it, but I would find it pretty hard to recommend it to anyone outside the Stephen King fandom.
Posted by Adam at 10:30 AM

Never even heard of it, sounds like one to skip.

I liked it, although I do agree that it was a little slow-moving in parts.

This tv series was chhhheeeessssyyy

thanks for the interesting review anyway!

I'm a big Stephen King fan but have not heard of this one. Have you seen The Stand with Gary Sinise? That was meh too, and did not do justice to the book IMO.

Only ever heard bad things about it, this just helps confirm how skippable it is.