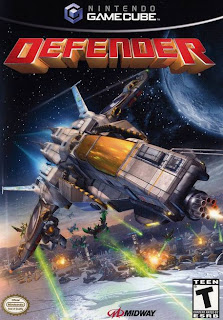 Defender was one of the most classic arcade games ever made. In 2002, the series was revived to make a 3D return 22 years after the original. 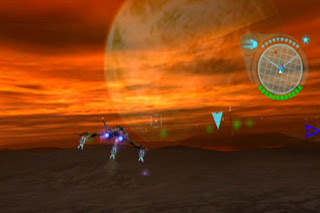 Since the gap between the two Defenders is over two decades long, they're not exactly similar. The new Defender included a semi-serious plot involving details about the aliens who've attempted to capture the human colonists. 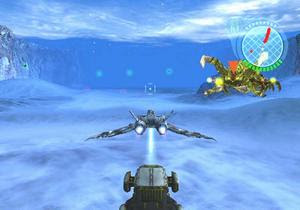 The game-play wasn't exactly about defending anymore. It turned in more a mission-based space-shooter with various goals and objectives. 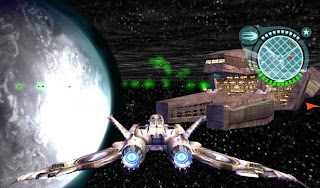 The game wasn't a big hit with critics or gamers though it managed to get decent reviews. I never really cared for it myself. I liked the original arcade game, but this one looked way too bland. I can see why there was never a sequel to it.
Posted by Adam at 1:00 PM

The arcade version was great, never even saw this one on my radar though.

i dont know anything of those games !But my son is addicted to world of warcraft!wish you a happy suuuunndayyyy lazyyyy day!!