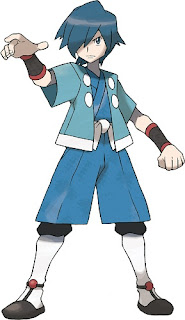 Falkner served as the first Gym Leader of the Johto region in the 2nd generation of the Pokemon games. He specializes in flying-pokemon using pidgey and pidgeotto during the initial battle. I have to say that he was a complete joke. Brock was a much tougher first gym leader (especially in Pokemon Yellow), but it's pretty hard to lose to Falkner. I had no trouble at all. 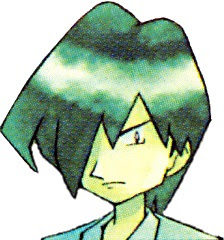 His original name in Japan is ハヤト (Hayato) which is a pun on 隼人 (Hayato) which literally means "falcon man". Which would make sense given his preference for flying pokemon.
Posted by Adam at 7:00 PM

I gotta show this one to my daughter!

Think I have seen this character in Animax KL !