A Look Into Video Games: Lumines 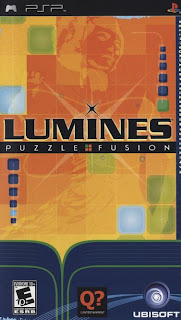 2005 was an important year in the battle between the Nintendo DS and the Sony PSP. Both system's had few notable games, and it was this year that gamers started picking sides. One of the biggest games for the PSP was Lumines, a brand-new puzzle game by Q Entertainment. 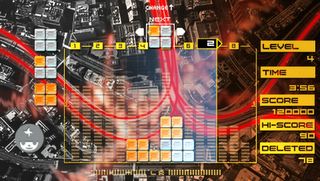 The game might seem to be close to a classic puzzle game like Tetris, but Lumines is fairly unique. The main objective is to get squares to match up to the same color by rotating them. But it also had a lot of emphasis on rhythm and it's music. It's a bit hard to explain. 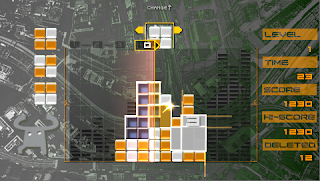 Lumines was a big hit for PSP owners back in 2005, and it's success led to re-releases and sequels on Xbox Live, PC, iOS, PS2, and PSN. I played a demo of it once, and it was pretty fun. However I sadly never got to play the full game, not even the original. I did love Meteos (made by the same folks) for the DS which came out shortly before the DS became dominant in the handheld wars.
Posted by Adam at 1:00 PM

Email ThisBlogThis!Share to TwitterShare to FacebookShare to Pinterest
Labels: A Look Into Video Games, lumines, PSP

last I heard Nintendo has been struggling.

Never even heard of it, out of the loop on this one.

Still the best reason I know of to own a PSP. I have easily played 400 hours of this game.

Well, for 2018, you can try this game called Block Puzzle Jewel. It is similar to that game.