A Look Into Video Games: Mario is Missing (SNES) 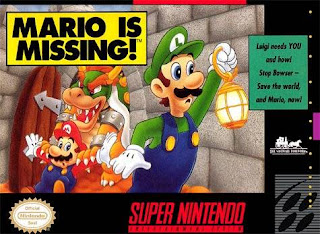 When most gamers think of Luigi's first adventure to save Mario, they would probably say Luigi's Mansion on the Nintendo Gamecube. However they'd be wrong, because Luigi got the star role of his own game in 1992. Which was Mario is Missing, one of the few bizarre Mario spin-offs in the early 90's. 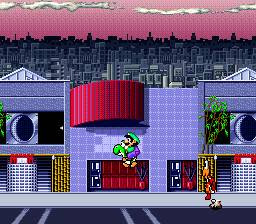 Honestly I loved the concept of Luigi saving Mario, and when I first heard of the game my imagination ran wild. So what kind of game is Mario is Missing? Well it's about learning... Yes it's one of the lame education games that implemented no knowledge at all. 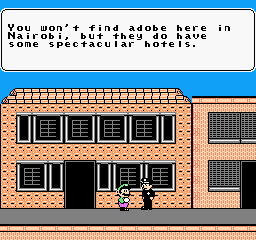 And just in-case you didn't have SNES, Nintendo also made a PC version as well as an NES one. So everyone could go around random cities in the world and get clues to find Mario by answering geographical questions. Except most of the quizzes in the game weren't plain and simple tests, as a lot of the game-play involved randomly walking around finding the right items and taking them to the correct places. 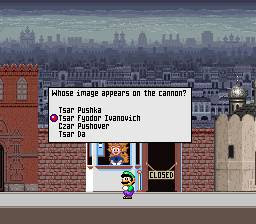 I played a little bit of Mario is Missing for laughs many years ago on a friend's SNES, and it's even more horrible than I could imagine. I like history, I like geography, but this is not even close to fun. I feel sorry for the unfortunate gamers who got this back in the early 90's thinking this was a Mario platformer. It almost seems like a bad April fool's joke.
Posted by Adam at 1:00 PM

Hey Adam, did you live in Japan at one time? You said that kitsune was one of the first Japanese words you learned . . . .

haha yeah I remember playing it as a kid I tried to like it, but just couldn't

no been trying to learn it though. I'm hoping I can visit there at least once in my lifetime.

I have never heard of that game and I was a big time Nintendo gamer in the 90's. Glad I didn't get that from Santa.

I've never played that one--and probably better for it. :)

I remember friends joking about this a while back and I didn't know what they were talking about... Now I know.

well never heard of it should i consider myself lucky?

How did I miss this one? I LOVE Mario Brothers games. I guess it's for the best this one never landed on my radar.

Wow. Did not know this exists. Going to look some videos up on YouTube.