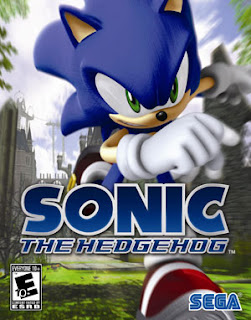 Often referred to as Sonic 2006, this adventure was the first major Sonic game for the Xbox 360 and PS3. While the Sonic Adventure games did well on Dreamcast, the later Sonic games for the PS2/Xbox/Gamecube were getting rather awful. But this new Sonic game seemed to be promising, but ended up being far more disappointing. 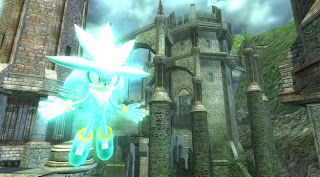 It at least somewhat followed the same formula as Sonic Adventure with action stages. Except this time it was just levels with Sonic, Shadow, and a new hedgehog named Silver. Silver is the most unique as his stages are slower and he uses telekinesis to pass forward. 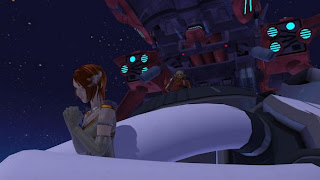 The story was one of the most bizarre in the series. The cut-scenes seem to take a cue from Final Fantasy, which doesn't really fit well with the main Sonic characters. Especially Sonic's semi-romantic relationship with the human princess. Seriously... 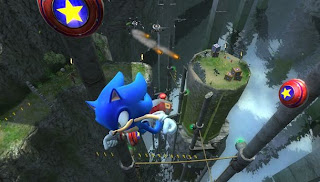 While it looked like a game that could have reshaped the blue hedgehog's future, it turned into a laughing stock. Bad controls, and stages where Sonic runs so fast that he can barely be controlled make this game nearly unplayable. The poor development seemed rush, and it makes wonder if Sega could have had a decent game with more time. Instead it's often listed as not only one of the worst Sonic games ever made, but one of the worst games of the PS3/360/Wii generation.
Posted by Adam at 4:00 PM

Yeah after seeing the reviews I avoided it completely, good choice it would seem