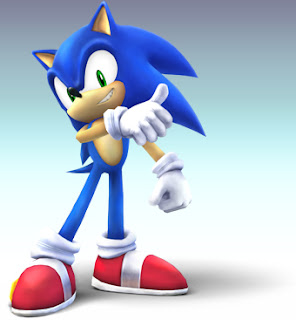 After an April Fool's Joke by Electronic Gaming Monthly claimed that Sonic and Tails were secret characters in Super Smash Bros. Melee, the demand for Sonic in a Smash Bros. game had risen. Some gamers think that without the joke, that perhaps Sonic might of been left out. But it was good to see him in there for real with Brawl. 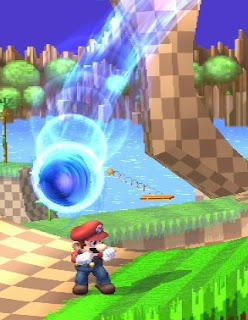 But I think this was the real reason why everyone wanted Sonic to be in Smash Bros. Mario vs. Sonic, a 90's dream match ready to happen. Ironically this wasn't their first game together, as Mario and Sonic at the Olympic Games came out a few months earlier if I believe correctly. 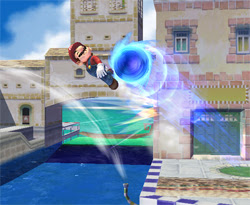 But I did like using Sonic, though he wasn't as easy to control as I had hoped. I had often fell into pits just by mere accident as he is pretty fast in Brawl like he moves in the Sonic games. Not my favorite character of the bunch, but I used him a decent bit. 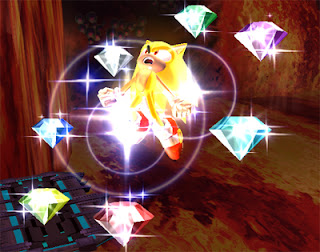 His Final Smash, Super Sonic was awesome. Though it doesn't last long.
Posted by Adam at 9:41 PM

He's only a C rank character. I prefer Snake.