A Look Into Video Games: Superman: The Man of Steel (Xbox) 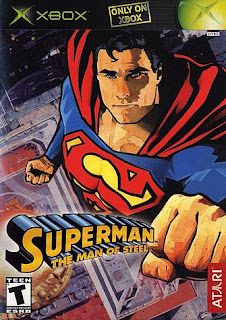 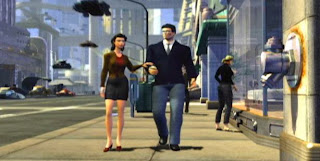 The plot of the game is based on the story found in the comic Superman: Y2K. Instead of Lex Luthor or General Zod being the main bad guy, it was the lesser-known villain Brainiac 13. The story involves Metroplios getting upgraded to become a "city of tomorrow" and B-13 coming back to harvest it's technology. Other Superman villians such as Lex Luthor, Bizarro, Silver Banshee, Metallo, and more also make appearances. 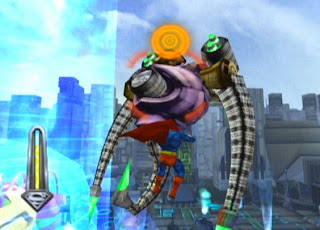 The game is mostly time-based objectives involving Superman flying around extinguishing fires, fighting robots, or other heroic duties. Superman's powers are also in the game with his arctic breath, heat vision, x-ray vision, and a few more at your command. And of course, many super-villains appear during the boss-fights. 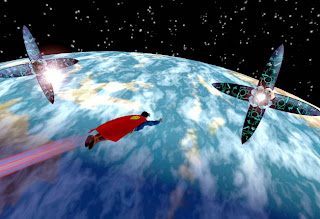 Despite a plot was generally well-received, Superman: The Man of Steel failed to achieve positive reviews. Critical reaction was mixed to negative, as many reviewers stating that they were frustrated with terrible controls and boring missions. Never played the game myself, but I'm pretty sure I didn't miss a super-adventure.
Posted by Adam at 12:00 PM

I followed you here in blog, ! Thanks for commenting my blog Nice evening!
Keep in touch!
http://afinaskaterblogspotcom.blogspot.ru/

Just from the cover I could say I wouldn't want to play it.

Thank you for following me back!
Nice day!
Keep in touch!
http://afinaskaterblogspotcom.blogspot.ru/

well I liked the comic books and the movies!