A Look Into Video Games: Superman: Shadow of Apokolips (GC/PS2) 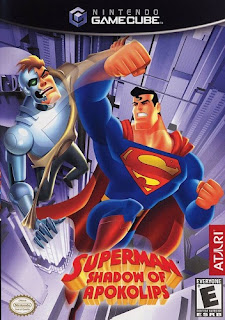 Superman: Shadow of Apokolips was the first Superman game to be released after the abysmal Superman title on N64. The three year difference left many fans skeptical of the game's quality. Could it be as horrible as Kal-El's worst moment in video games? Fortunately for super-fans, that answer was "no". 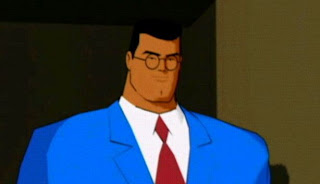 The game is based on Superman: The Animated Series, and uses cel-shaded graphics to capture the look of the cartoon.The story involves Lex Luthor teaming up with Darkseid to take down the Man of Steel. Though super-villians like Metallo, Livewire, and some more show up to give Superman a challenge. 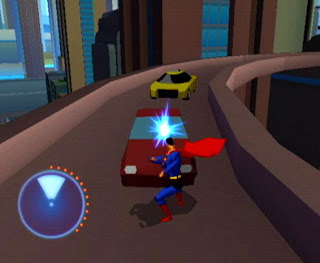 The game had a couple of different game-play styles. But you could fly freely as Superman across the city of Metropolis. There was even levels as Clark Kent which were based on stealth. But most of the game had Superman fighting bad guys with punches and his super-powers. 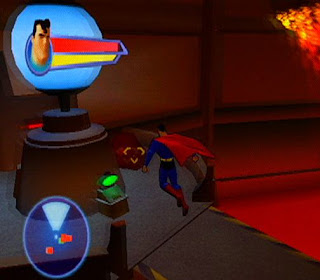 The game received mixed reviews, though it's biggest critics weren't too negative. It managed to impress a few, and gained a good number of fans. Even though it wasn't a masterpiece, it was almost like a decent redemption after Superman 64. It passed under my radar at the time, so I never got the chance to play it myself.
Posted by Adam at 12:00 PM

Passed under my radar too, after that crap last one, I let them all slip by with ease haha

I don't have a radar, but I get the feeling it wouldn't have made a difference. I remember there was this superman game with a superman that spent most of his time running...

what about Mighty Mouse, Astro Boy, and Under Dog?

How could anything Superman ever does be bad?

Good compared to the n64 game, but still not great in my own experience.