A Look Into Video Games: Superman: Countdown To Apokolips (GBA) 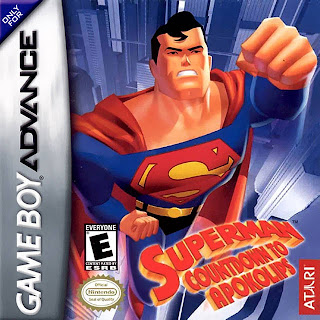 If Clark Kent's news reporting skills were on par with his video games, then he'd probably be a janitor at the Daily Planet. Arguably the "best" Superman game was Superman: Shadow of Apokolips on PS2 and Gamecube which earned decent praise with some mixed reaction. Atari made a prequel game Superman: Countdown to Apokolips a year later in 2003 for GBA. 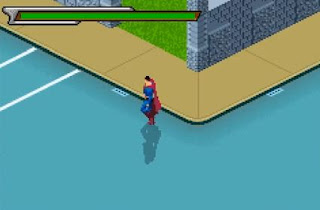 Besides being based on Superman: The Animated Series, pretty much all similarities between the two games end. Due to the limited graphical power of the GBA, Superman was downgraded to a adventure game with an isometric perspective. He can fly (with limits on range), punch, and uses super powers like heat vision and his freeze breath. 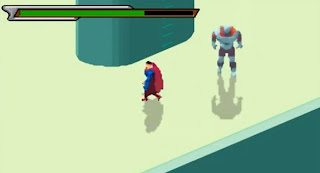 The game offered a couple of levels giving Superman objectives to complete. Which mostly involved beating up bad guys, and defeating super-villains during boss fights. Except I hear that using heat vision on regular foes will eliminate almost any need for skill, making the game too easy in some parts. 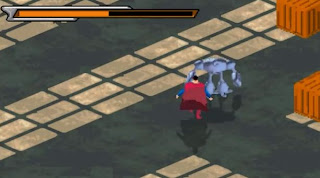 The game was a flop with critics and forgotten with most gamers. While the game wasn't too horrific in quality, a lot of people noted that the clumsy controls, short levels, and unbalanced difficulty diluted it's merit.  Like most of the games based on DC's Man of Steel, it's not hard to skip this one.
Posted by Adam at 10:14 PM

I like him
Maybe it is interesting video game