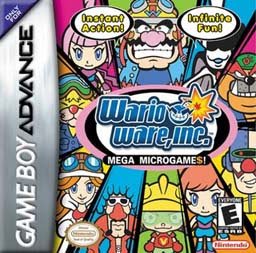 Wario has been Mario's rival ever since his debut in Super Mario Land 2 on Gameboy. In 2003, Nintendo decided to make-over Wario, and give him a brand-new and somewhat bizarre series. The game ended up being Warioware which featured not mini-games but "micro-games". 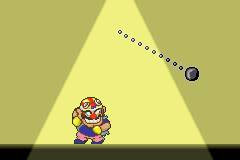 What's the difference between mini-games and microgames? Well they only lasts about five seconds in Warioware. Then you move to the next micro-game. The challenges are a bit random as they can be anywhere from classic re-plays of NES games like Zelda or Metroid or new objectives like shaking hands, shooting basketballs, karate chomps, and other stuff. 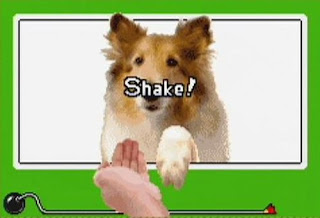 If you could complete enough microgames in a row, then you'd eventually reach a boss stage which was a bit more challenging. I'm sad to say that I never got to play much of the original Warioware outside a demo station at the electronics section. 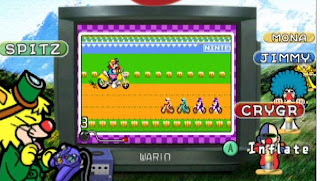 They re-released the game on Gamecube with added focus on a new multiplayer mode. It wasn't as big as a hit since Warioware didn't seem right for consoles, and it was the same game as on GBA with little added. The original did receive another sequel on GBA along with sequels on DS, Wii, and DSiware. I'm hoping a new one eventually comes out for 3DS.
Posted by Adam at 2:00 PM

never heard of this, thanks for the info.

Most of his games are a bit weird, but many are enjoyable.

i think this was a pretty cute game

This game was strange, but somehow managed to consume hours of my time.