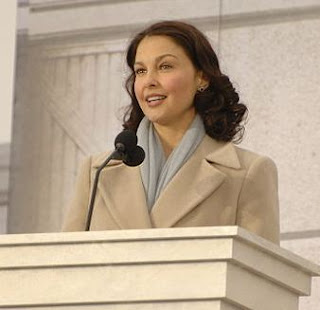 Even though she debated running for Senate in 2014 a few months ago, apparently sources say Ashley Judd's run for Senate is almost official. The actress and social activist is planning to run in her home state of Kentucky. Her battle will be tough as her opponent is the top-ranking member of the Republican side of the Senate. 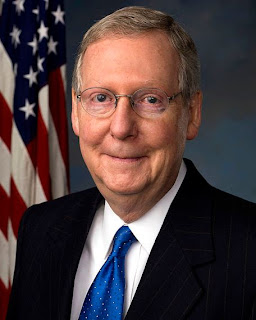 Yes her opponent will be Senate Minority Leader Mitch McConnell who's held the seat since 1985. He's the man who claimed that "the single most important thing we want to achieve is for President Obama to be a one-term president." showing the highly partisan motives of the modern GOP. I lost the last shred of respect (which wasn't much) for him when he ended up filibustering his own bill when it turned out to help President Obama if it passed. 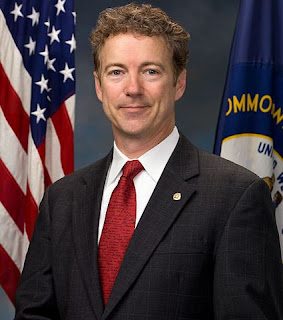 If she wins Ashley Judd won't be serving with a friendly Senator either. Rand Paul has already attacked her character and qualifications. Paul claimed she can't represent Kentucky because she lives in Scotland during certain times of the year. I guess he forgot to mention that her husband Dario Franchitti is Scottish. They also have a house in Tennessee which is right next to Kentucky. 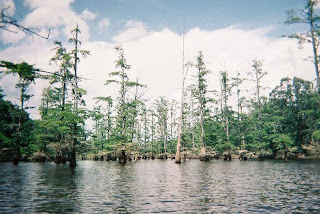 While I think she'd have a better chance in Tennessee in terms of winning an election, I would love to see Judd run for any office. She's a true liberal, and a caring humanitarian. The South needs more leaders like her.
Posted by Adam at 5:00 PM

You have such jerks in politics in your part of the country. As much as I dislike the cult of celebrity, you could definitely do better with her.

and to be honest, she wasn't exactly the biggest celebrity. If her senate career takes off she could be more well known for that than her acting.

She could do a better job in politics that Arnold at least, plus she knows how to Kiss the Girls and is use to playing Double Jeopardy if things get Twisted.

I don't find her to a big celebrity either. Now her mom was, back in the day with her big sister, but now I dunno. Haven't really heard all that much from the Judd Girls.

I'm all for her beating out McConnell although I'm always dubious when actors get into politics. Still, if she's a liberal, more power to her.

May the best man (or woman) win, whoever it might ben. Got to give her credit for wanting to get into politics; I certainly would not want to :)

As someone who lives here in Ky and will be following this closely, I am very excited to see what happens!!

were having senate election here too,
and im so sick of those politician's adds haha

I adore her, wish she would become your president one day! Smart, caring, intelligent, moral, kindhearted, everything US presidents have never been so far.