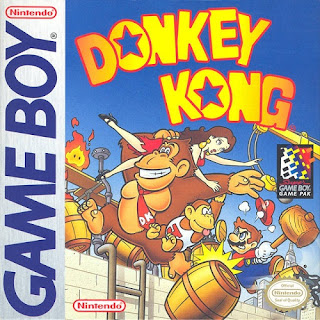 While Nintendo was founded as a playing-card company in 1889, their current success originated over 90 years later when Donkey Kong hit arcades in 1981. While it wasn't Nintendo's first video game, it was their first big hit, and led it's hero Mario to countless sequels and spin-offs. In 1994, Nintendo produced a new game that gave Mario the chance to confront his old nemesis. Now in 2013 I finally got a chance to play Donkey Kong '94 thanks to the 3DS' Virtual Console. 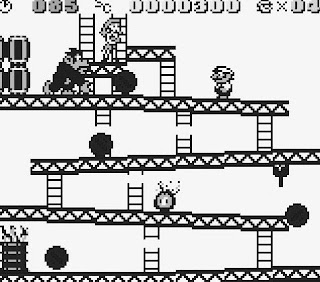 Though I heard legendary things about this game, I didn't know exactly what to expect. I was a little shocked to see the first four levels to be exactly the same as the arcade original. To be honest, I was a little paranoid that this may be just a plain remake with a faster Mario, but I was relieved to see Donkey Kong recover from his fall and lead Mario to new levels not found in the original. 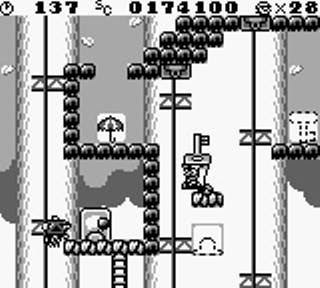 The game features over 100 levels split into two styles. The first and most obvious are stages where DK tries to prevent Mario from reaching Pauline with obstacles and items. The second style are numerous stages where Mario must find a key to unlock the door to the next level. This adds a good bit of variety, and can really test not only your reflexes but your critical thinking skills. 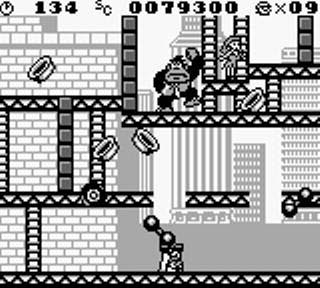 Though I still prefer more classical levels where Mario must try to save Pauline. Despite a couple of difficult levels, I enjoyed almost every single stage the game offered. I liked the original title, but the improvements to the game-play and the elements borrowed from other Mario games make this one adventure that can't be missed. I'm sad it took me almost 19 years to give this one a shot, because this could easily rival some of the best Mario games I've ever played.

Oh Now this was a popular game at our house lol

YES! and the card game was Hanafuda - with flowers instead of diamonds, hearts, etc! Some older people in Hawaii play(ed) Hanafuda. Nintendo goes WAY back, Adam
ALOHA from Honolulu
Comfort Spiral
~ > < } } ( ° > <3

Never even heard of this one. Although, I guess this came out around the same time as Donkey Kong Country for the SNES, which probably stole the limelight somewhat.

Hours and Hours of fun, so they tell me?

It's great, and the original is easily one of the most culturally significant game titles of all time.