Fact of the Day: Silence Dogood 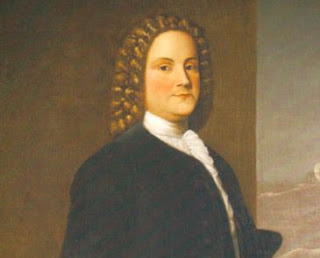 As a young man, Ben Franklin worked as an apprentice to his brother James' independent newspaper. However the young Ben Franklin never got any of his work published. So he created a persona named Silence Dogood who was suppose to be a middle-aged widow who made comments about colonial life, religion, and the treatment of women. The letters became so popular that readers wanted to know who she was. It wasn't until many letters later that Franklin revealed the truth.
Posted by Adam at 12:00 AM

Email ThisBlogThis!Share to TwitterShare to FacebookShare to Pinterest
Labels: Ben Franklin, fact of the day

Oh my! This is so very interesting. I've never heard of this.

That's an interesting choice for a first name though. Silence? Really?

that's interesting writing on a woman's perception huh that quite tough

I wonder if he wore his wig as he write them?

Gosh...I actually know this. You know why? Because of the movie National Treasure....mwahaha!

I never knew this about Franklin, and now I love him even more.

So interesting! I didn´t know :)

I think they mentioned this in one of the National Treasure movies?? It is an interesting fact indeed!

If Ben Franklin were alive today, his female pseudonym would lead him to a life of writing advice columns. Instead of Dear Abby it could be Dear Abigail Franklin and the picture would be a blurry photo of a bespectacled, nearly bald old woman.
Fun post!

he was such a smarty pants. i'm not at all surprised.

My brother was jealous.