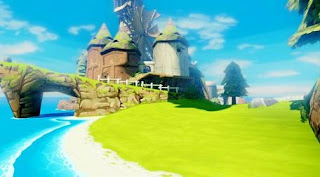 One of my favorite video games in my early high school days was The Legend of Zelda: The Wind Waker on Nintendo Gamecube. The game originally came out in Japan in late 2002 making it over 10 years old now. Now Nintendo has decided (as HD remakes are popular on PS3 and 360) to upgrade one of the most visually artistic games ever made for the WiiU. 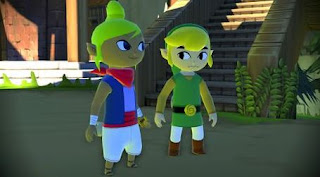 Even though they haven't shown too much of the new scenes, I will be getting this one when I get a WiiU . I thought it was in the top five Zelda games ever made, and I think I replayed it several times after I got finished on Gamecube. 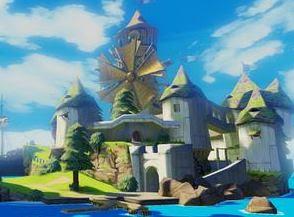 Though I hope it's not just a simple remake. Nintendo admitted that they had cut two whole dungeons out of the final game over ten years ago. This would be the perfect chance to put them back in as it would surely motivate Nintendo fans. Either way I'll be happy.
Posted by Adam at 8:00 PM

Be intereting to see if they do put the dungeon back in.

whoa a rebirth huh! well i think they should do this at every game

Woo! o__o Now I want the wii u.. Windwaker is/was one of my favourite game.