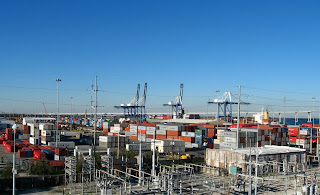 When Senator Jim DeMint resigned his seat in Congress, Rep. Tim Scott was appointed to replace him. Which left another seat in congress open as a result. So South Carolina's 1st Congressional District (most of the coastline including the beautiful Charleston) is now holding a special election to elect a new congressman or should I say congresswoman? 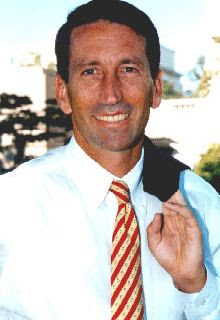 The primaries were held yesterday if I'm not mistaken, and Republicans have held the seat for decades. The primary was very crowded but the heir apparent seems to be Mark Sanford (who must win the run-off election) who once held the seat before. Sanford served as the Governor of South Carolina for most of the last decade, and was named as one of the GOP's "rising stars" in 2009 which was the same year he embarrassed the state by disappearing and flying to Argentina to see his secret girlfriend.

The winner of the Democratic primary was Elizabeth Colbert Busch, who happens to be the sister of comedian Stephen Colbert pictured above. The Colberts grew up in Charleston, and I"m thrilled to see someone who might stand a chance to defeat a complete joke like Sanford.  Regardless of her odds, she has my endorsement.
Posted by Adam at 5:00 AM

Change can be good, never knew he had a sister.

well may see be fitted on that

Change is good! Maybe I'm biased, but I do like to see more and more women holding office. Good luck Elizabeth!

i knew his talking about her on the show would help