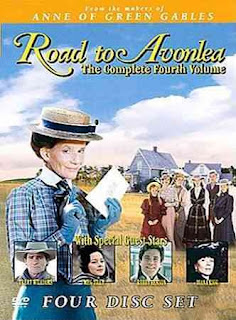 Last year my fiancee Daisy got me watching Road to Avonlea which was a TV show related to the Anne of Green Gable movies we watched when we first started to date. Honestly we're both big fans, even though I was completely unaware of the series when it originally debuted in the 90's. 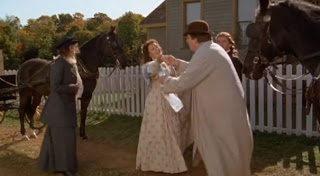 The fourth season picks up shortly after where the third left off. There was no major cliff-hanger, so the first episode shows the early marriage of Olivia and Jasper Dale who are expecting a baby. Jasper's strange relatives come to Avonlea to meet Olivia and help her with the baby. But their peculiar personalities cause conflict with the King family. 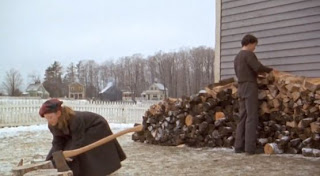 Also notable this season is the retirement of Hetty King as school-teacher. She is replaced by a former military officer named Clive Pettibone. Another big change is that Felicity King's and Gus Pike's relationship has become far more serious this season. 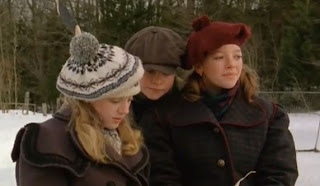 Out of these four season so far, I think this is the weakest of the group. While all the episodes are interesting, I don't think there were many that were truly top-notch. I did like Hetty's new role as an author, the episode involving the duke, and the episode where Marshal Zach Morgan visits the town. I'll be watching season five soon, so I'm hoping the story evolves.
Posted by Adam at 1:00 PM

Oh I remember this tv show..I used to watch it as a child, cute!
Thank you for your kind comment on my blog!

I also had never heard of this series but I've heard of Anne of Green Gables. Have a nice Sunday Adam!

I loved this series. I have the old series dvds. Kisses:)

I love all these kind of movies. They are taken from life and teach you good things.

Don't remember much of it, but I enjoyed it when I watched it years ago

I have not seen it...thanks for the heads up.

Nice to read your review as I don't watch a lot of tv.

thanks for the review

well, as for me im not into watching tv shows nowadays,
but if i do ill do it online

i wonder if you'll think season 5 is better or worse? doesn't it seem like some shows just lose their steam?