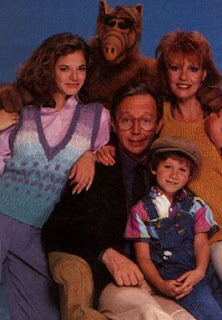 The series debuted shortly before I was even born, but I saw a few re-runs over the years. But my mom eventually got the whole series on DVD, and watched every one of them with joy. 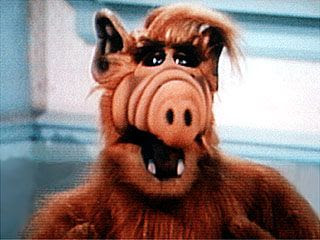 The show was about ALF, an alien who escaped from his planet before it was destroyed. He crashes into the home of the Tanner's, a normal middle-class family in California.  When he fails to fix his spaceship, he eventually stays there for good. 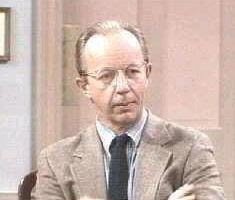 Outside ALF, the best character was Willie. The ways ALF would torment Willie was incredibly funny. 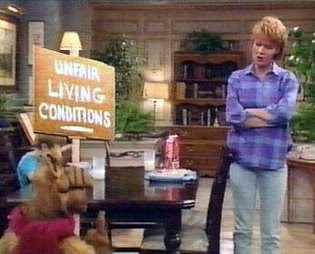 The mom of the household, Kate was the voice of reason. Often telling ALF how stupid his plans were over and over. 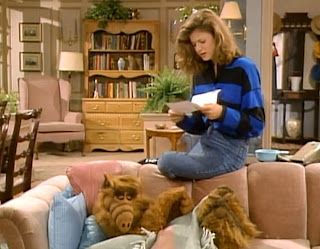 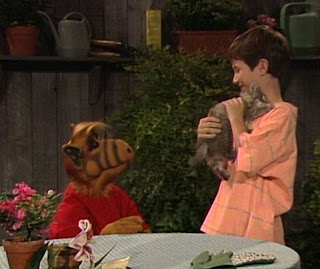 The youngest child Brian was ALF's best friend. They had some great adventures. 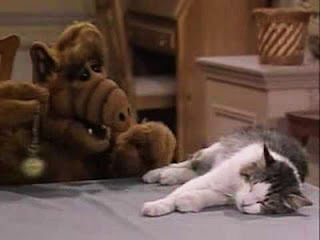 Some of ALF's best moments involved his pathetic attempts to capture the family cat Lucky without the Tanners knowing. Despite his alien cuisine choices, he eventually comes to love Lucky as a member of the family. 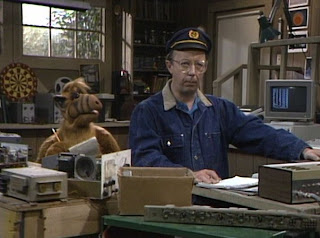 Even though it was made decades ago, it still has the same magic it held then. One of my favorite shows of all time.
Posted by Adam at 1:00 PM

I like ALF too. Used to watch it as a child, and enjoy seeing it rerun on the hub. Watching it as an adult now, I wonder how Willie ever got a wife like that, she seem s bit out of his league.

My daughter wants to see Alf. I need to pick up the DVDs.

I loved this series, it reminds me my childhood. Kisses:)

But the last episode is soo sad. RIP ALF, you will be missed.

I remember.... ALF! The alien with the funny voice. Great stuff.

Yeah this was a wonderful series and still holds up great.

Hey, if we could buy a talking horse, a flying nun, a genie who lived in a platonic relationship with J.R. Ewing, a car that was the reincarnation of someone's mother, and the Ford administration, who's to say a fuzzy alien was out of the question?

Gosh I feel old because I watched ALF when it first came out. I ABSOLUTELY LOVE ALF!! We catch it on one of the TV channels here every so often and it never fails to make me laugh! Great series!!

I was thinking the same thing.

the last episode was terrible, such a cliffhanger

haha i never saw this, but it seems pretty fun... reminds me of american dad

I think I just saw a bit of it a couple of times. Sounds like it was fun.

I didn't watch it regularly, but I knew the show well. It was a lot of fun.

wonder why there's no shows like this anymore, hjmm or is there still is?

I loved ALF! He was hilarious! Especially with the cat around.

I remember watching ALF and it's still funny! I feel pretty old though now after reading this post!

oh my gosh, i bought my guitar teacher a t-shirt of ALF playing the guitar for his birthday last year because he said he used to really like that show.