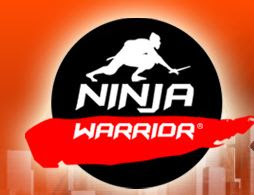 G4 was originally a channel designed to make shows about video games. Eventually they lost thier purpose and begun to make shows that didn't have anything to do with it. But I have to thank them for Ninja Warrior, which was one of their few good ideas. Though Ninja Warrior isn't really a G4 show, but a long-running obstacle course challenge called Sasuke (which is a nick-name for ninja) in Japan. 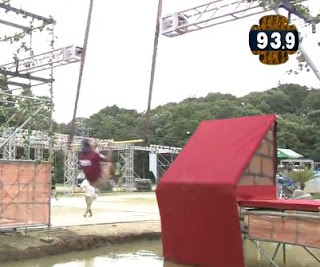 The concept of obstacle courses have hit American TV before, but most of the ones I ever seen were more based on comedy and ridiculous challenges. Ninja Warrior is more skill-based, especially after the first course. While some comedians, and celebrities have been invited to compete, the ones who usually last are regular folks and athletes. 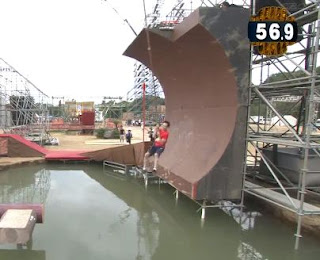 It's really crazy to see some of the challenges these guys are up against. Though it would be fun to give them a try in person. I could imagine myself (given many tries) to get passed the first stage, but I know I wouldn't make it to the last with certainty. 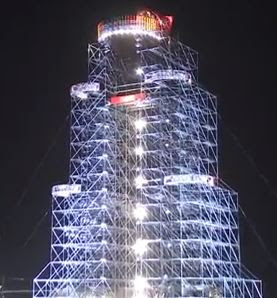 Which might be a good thing, because the final course is always this tower they have to climb. I can stand some heights, but I would be too afraid to tackle this one.
Posted by Adam at 5:00 PM

Yeah that is sure a fun show to watch.

I love anything Ninja
I think they are awesome.
I wonder if any Ninja's exist today ?
Marshal arts are not things you hear of much today.

I hope you have a great week end Adam and that the Easter bunny is good to you. ;)

that was a very interesting game that is