A Look Into History: Margaret Thatcher 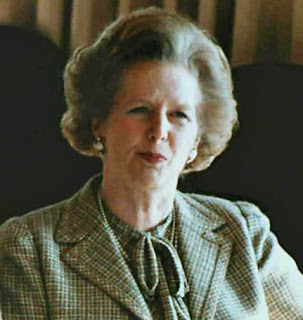 Three days ago former Prime Minister of the United Kingdom, Margaret Thatcher had died. During her rule she was nicknamed the Iron Lady and gained a legacy of strong supporters who praised her policies countered with an opposition of critics who were equally dissatisfied with her government. 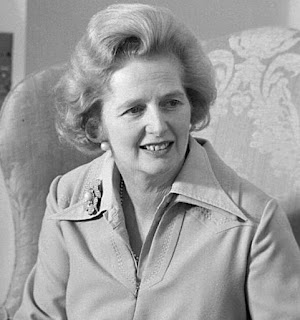 Thatcher came from rather humble beginnings as her father was a grocer who was ironically a member the Liberal Party (though very critical of his party) and served a brief term as mayor of the local town. The young Margaret Roberts went to college and became a chemist. Her political views were active during her college years as she became a loyal conservative, and was influenced by works such as The Road to Serfdom. She later married the wealthy divorced businessman Denis Thatcher. 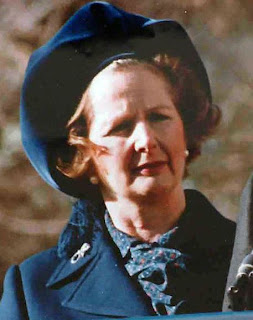 She didn't have such an easy time getting into politics as she ran for a seat in the House of Commons (the first time in 1950)  a couple of times and lost. She eventually started to look for a safe Conservative victory and became a member of Parliament in 1959. She later rose up the ranks as a top-ranking member in her party, and became a somewhat surprise winner of her party's leadership after the failings of former prime minister Edward Heath. With that victory, she became the Leader of the Opposition. 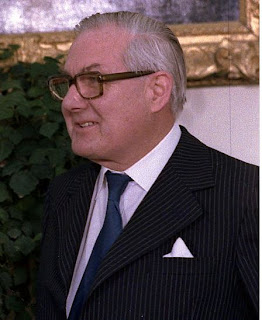 She became an avid critic of the Labour government, and of Prime Minister James Callaghan. After a series of public troubles and economic issues, the general election in 1979 was not good for the Labour Party. Thatcher's party had won a good number of seats to give the majority back to the Conservatives. Her brutal campaign worked and she became Prime Minister as a result. 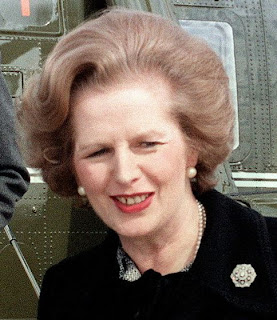 Her domestic policies seemed to favor traditional right-wing views on economics such as low taxes and free-markets. She also crippled the power of the trade-unions in the United Kingdom for decades. Her first term wasn't perfect as a recession, and other issues made her approval rating plunge. She also was known for privatizing state industries, including ones that were naturally prone to becoming a monopoly. Her decision to do such to British Rail (which was done by her successor) was labeled a disaster by The Economist as it went under only a few years afterward. 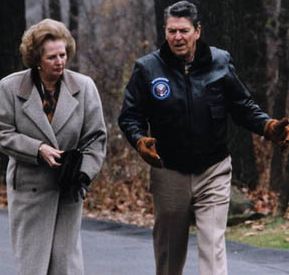 Outside the United Kingdom she was known as President Ronald Reagan's best political friend and ally. The duo were extreme anti-communists and were responsible for some very tense moments between the western nations and the Soviet Union during the last years of the Cold War. Though they weren't made of stone as they responded and acted very friendly to the new reformist Soviet leader Mikhail Gorbachev. 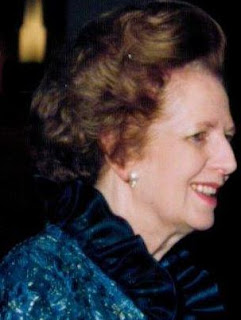 By the late 80's her popularity had become the 2nd lowest of any post-war Prime Minister. She had become less popular than the party she had been leading for over a decade. The members of her party had several times challenged her leadership, and successfully done so in 1990. She left her office in tears quoting her ousting to that of betrayal. Despite her bitter emotions, her absence did lead her party to remain in power for another election with John Major becoming Prime Minister. 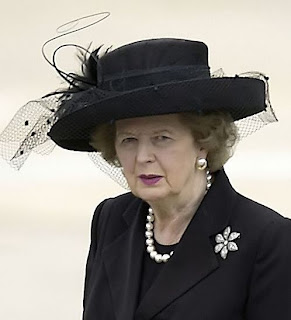 Her political legacy has impacted those within and out of her country. Conservatives of many nations still praise her, while many of the left side of the political spectrum often cite her reign's many imperfections and faults. Personally I'm rather mixed about her record, as I think she did a lot of good by using bold actions to reverse a lot of things that had gotten out of hand in England. But her strong views were leading to yet another extremist condition long after the scales had balanced out.
Posted by Adam at 12:00 PM

I applaud her for not giving up, even when times got tough. She carved a place for herself in politics, when it was a man's world. She may not have been loved by her party, but she has my respect.

I've been following some of the "celebrations" of her death. Amazing!

I heard about the celebrations too. Sounds so tacky.

I've been meaning to watch the movie "Iron Lady"... any powerful woman who sticks to her guns in a male world is admirable in my book.

wonderful tribute to a strong woman who was not always popular.

I bet she drove the men crazy when she was a young lass.

She was one tough cookie and very ambitious! I admire her determination, particularly because it was such a man's world.

I just bought the video of the Iron Lady. Curious to watch it.

I heard she didnt get along well with the leaders of this British former colony (Malaysia, my country) but she visited this land quite a lot of times. She has my respect.